I believe the Falconer has a different (longer) aspect ratio from the original Jodel.

The early sixties version (DR 1051 M) were dubbed "Sicile" after Pierre Robin won the "Sicilia Air Race" with an improved version at an average speed of 170 mph...

But my favorite stays the little vw powered D9 Bébé Jodel. The biggest bang for the bucks on can expect.

Px 2 : Polo and Vince having fun in D9 around Saint Rémy de Provence.

At one time I was thinking of building the D-9 but thinking I am a little to big for the cockpit.
My Falconar F-12 had the same wing span and cord as the D-11 of 137 sq ft of area. Heavier built box spar and ribs for the increase GW of 1800 lbs and the large Lycoming engines.
Looks like the D-9's in you picture has the 40 hp VW engine by the straight down intakes tube into the heads. You can get the bolt on 83mm pistons and cylinders instead of the stock 77's for 45 HP. The 40 hp VW engine has a lower redline of the rpm and at prop speeds the torque is not very much less than the faster turning 1600 cc engine.
I built a 1200 cc , 40 HP engine for the SSSC and flew it for the first 32 hrs before I installed the 1835 cc engine. If I was 140/150 lb light weight instead of my 235 lbs, I would have left the 40 hp engine on the airplane.
Picture of the 1200 cc 40 HP engine, used a Culver 52"x 24" prop.

The two Jodel D.9 Bébés flying in formation are definitely the stars of that clip.


robertl said:
What are those two little open cockpit planes ?
Click to expand...

I skipped through, but will have to watch the whole thing later.

That was the power tow winch... not part of the plane.
H

My last project was to refurbish a beautifyfull GY 20 MiniCab (the ancester of the Cavalier). But my new job sent me away from home on a non commuting roster.
I have flown a 1953 D9 without the current twist few decades ago. She was a delight for her 26,5 hp. But very very demonstrative when it came to the stall. She would flick beautifully. 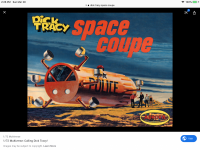 The thing about the Jodel airframes is that they are very simple structures; the seat base on a 112 or a 117 is simply a piece of slanted plywood so you needto sit on a cushion ora piece of memory foam. Early D112s had no fabric on the hull and that was simply painted over;later ones had a very light fabric, glider grade,covering the hull. The crank on the wing has been regarded as difficult to build but amateurs have been doing it for years. Ive flown the 112, 117 and 120 and they are delightful and punch way above their weight,performance wise.

Is that a girl or a guy polishing the propeller hub..?

Things you don't often see at a Canadian Airport.

A unique piece of history I was not aware of.

choppergirl said:
Is that a girl or a guy polishing the propeller hub..?

Things you don't often see at a Canadian Airport.
Click to expand...

Bill-Higdon said:
Polishing the Prop spinner in picture 1 & Picture doesn't look like "Hazard County" to me
Click to expand...

I find it much easier (and not exciting) to polish the spinner by holding the polishing rag steady while running up the engine.