Don't Do Anything Dumb

narfi said:
So there was a human inside available to run the controls and brakes.........?
Click to expand...

Well ... it seems he would at least have mentioned to his passenger how to hold the brakes, kill the ignitions, turn off the fuel, or some clue as to what might help *if* it didn't work out like he planned.

I'm certain everyone has seen this old FAA training film but it shows again what can happen when people do dumb things. In this instance the passenger got to actually go for "the ride of their lives" ...

A mate of mine is a captain on a major city fire department, and at the start of every shift he reminds his crew of the three goals for the shift -

Daleandee said:
I've had my share of lapses in judgement. Yes, I've made mistakes, a few stupid decisions, & some not very wise choices. Many times I have learned from the errors of others (you should, cause you won't live long enough to make them all yourself).

Then there are times that I can't help but wonder what people are thinking when they do certain things:

You should clear the flooded engine by pulling the prop through backwards and drawing air into the engine through the exhaust system. This works with the throttle at idle and takes fewer turns of the prop.

It is not recommended to pull a Rotax 912 opposite the normal direction of rotation.

Benny Hill was the B

RSD said:
A mate of mine is a captain on a major city fire department, and at the start of every shift he reminds his crew of the three goals for the shift -

Love this! I think I'm gonna borrow it...

narfi said:
I missed it when I watched it, but my buddy saw the girl bailing out once it was moving.
So there was a human inside available to run the controls and brakes.........?
Click to expand...

I can't tell if it's a girl or not but the Pax can be first seen at 00:12 just under the line of the
left H-Stab
Looks like pax fell out, rather than making an elegant exit....
T

A 912 will hand prop. Happened to a friend burping the oil system on an Aircam. Ignition grounds like a mag requires no battery power. Wire broke. Yes don’t turn one backwards the liters can fall out of the bore.

The old guy at my airport just ran his plane into his truck. He was captain on the last DC3 regular airline service flight. He tends to pull the wheels over the hangar threshold and chalk one wheel. Propped the thing and had too much throttle and it spun around into the side of his truck. Hurt the plane less than the truck. I have seen him multiple times sit in his truck with the airplane engine Idling, warming it up.

jedi said:
You should clear the flooded engine by pulling the prop through backwards ....
Click to expand...

That is what I was taught circa 1960 when I started propping airplanes, and I did it many times. Then two different Lycoming Tech Specialists told me never to rotate my IO-360 backwards.

Her bailing out was the right decision for a non-pilot. Had the thing gone airborne, the results would not have been good.

Another thing that could have been dangerous is if the wing (but not the prop) hit an fixed object while he was still trying to get in, and thrown him forward toward the prop.

In the second camera shot, a little more left and he could have been paying for someone’s Porsche too.

As many times as I've watched this video I cannot understand why they did the things they did ... and quite calmly at that! Sad that one of them was killed in this crash ...

It really is. I hesitated to post it but it just seems so surreal the way it happened so quickly. A number of things occurred that just make no sense.

Watch his hand on the stick. It's mostly full back. He turned to the right using some right stick but it still kept turning left. And he had the stick to the right with no effect and then it stalled left. Probably needed some right rudder to keep the ailerons from reversing and dragging into the left wing stall.

If I wanted to be safe, I'd stay home, lock the doors, and wait for death in a recliner in front of Fox News.

Better to search out death, and give it one hell of a run for it's money, before the jig is up.

Guess that makes me the loose cannon around here. I'm totally okay with that. If you think flying is dangerous, try doing a backflip in motorcross.

Nobody here could impress me with an airplane. You can impress me, by climbing outside of the airplane to plug a spark plug wire back in, on a sputtering engine in flight, while I got the stick.

And yes, I have been shocked by a spark plug wire myself, and yes, I'm going to waggle the tail with the rudder pedals while you are out there, just to hear you curse a second time after getting zapped, while hanging on for dear life ;-) But only when I see 4 limbs holding on.

Sometimes, you have to do dumb stuff. Sometimes you chose to do dumb stuff without a second thought, and put yourself in the way of harm and take a bullet to save someone else, or stand up for what you believe in.

My dad once reached down and picked up a rattlesnake to put it in a bucket, when he knew it was a rattlesnake, and could of just left it alone and it would of slithered away. He got bit, and we had to rush him to the hospital after too much prevarication when his breathing was rapidly deteriorating. It was an incredibly bone head dumb thing to do. But I know why he did it. He did it to protect his family. And I was standing right there, I could of stopped him, but I didn't, because I had just that much belief in the invicibility of my dad from watching him pull off everything since well... since forever. Second bone head thing to do, but in that moment, you have no time to think, I had no time to think, you just fall through some tunnel like a time warp and follow some deeper programming. Reality, do what you want to me, you're no longer in control. I should of never told him there was a snake in the yard in the first place.

I took that rattlesnake in the bucket (after I put a lid on it) while they were rushing him to the hospital, on the back of my motorcycle, to a nearby creek and let it go. Not the rattlesnakes fault. I wasn't going to kill it. It was just following it's own deeper programming.
Last edited: Sep 12, 2019

Well, I've caught many snakes, rattlers included, most I let go but some I ate. SCUBA diving, parachuting, flying and motorcycles since 1964, but I don't think I'll be doing this, well, maybe, if I had too. 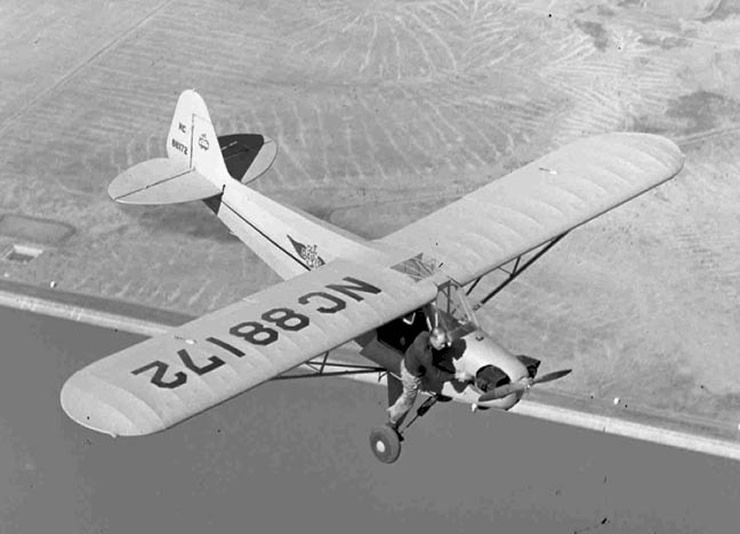 Lots of pilots impress me. All they have to do is get in the plane, fly it within it's design parameters, park it and go home. That's impressive. The pilots that go out and fly the line hour after hour, day in, day out for years on end. That's impressive.


For entertainment, I like stories about aeronautical prowess from folks that have never flown a airplane.

BJC said:
That is what I was taught circa 1960 when I started propping airplanes, and I did it many times. Then two different Lycoming Tech Specialists told me never to rotate my IO-360 backwards.

The only reason I've ever heard for NOT to pull your (non-Rotax engine)prop through backwards was that some vacuum pumps have been know to fail after the vanes in the pumps were forced to reverse and cause the pump shaft to shear. Depending on what aircraft/vacuum pump you have, this might be a good reason.

Done a lot of things, High rigger setting steel and building smoke stacks to 1268', free climbed radio/tv towers, drove race car, rode motorcycles, have had 10 concussions in my life. One mid-air airplane crash,( don't remember the crash) one head-on auto crash, (don't remember the crash). Been in a 40 story building that exploded from a propane leak, blew the sides of the building off to the 12 floor where I was at, lost hearing in my left ear,( don't remember the explosion). Appendices ruptured and got to a hospital 4 days latter, in a coma for a few days.
Etc, etc, etc. Now you understand me a little better

Pops said:
Done a lot of things, High rigger setting steel and building smoke stacks to 1268', free climbed radio/tv towers, drove race car, rode motorcycles, have had 10 concussions in my life. One mid-air airplane crash,( don't remember the crash) one head-on auto crash, (don't remember the crash). Been in a 40 story building that exploded from a propane leak, blew the sides of the building off to the 12 floor where I was at, lost hearing in my left ear,( don't remember the explosion). Appendices ruptured and got to a hospital 4 days latter, in a coma for a few days.
Etc, etc, etc. Now you understand me a little better

All in a days work!

Climbing towers...at altitude at 0 airspeed. Not a natural thing. Climbed quite a few towers, always with a harness. Even a harness can hurt you. Slip and fall the 10' the tether will allow you to fall, and WHACK! up against a steel frame. Breaks ribs and arms. At the least, the bruising is impressive and once got my father a visit from the local sheriff on suspicion of Child Abuse. When he showed, I was on top of the tower setting an antenna array. Officer asked if I had fall protection, to which my father replied, "Heck yes, and it better be attached to that expensive antenna!" Ah, the love of a father. His typical comment was "I bought you into this world, and I can take you out!" To which I would reply, "yea, but then you'd have to wait 15 more years to finish this project." (Yes I am a smart a$$).

Pops, you’re just hard headed. I worked with someone who changed the bulbs on radio tower lights. I think his record was 2000 ft. He lost an eye during a construction accident. He was hard headed. Good guy. Hard headed.

On Rotax 912s if you turn the prop backwards many times it reverses the oil flow and will pump air into the system. Air can get into the lifter bodies and stay collapsed. There is enough clearance collapsed that the lifter can slide back and cock in the lifter bore. Chunks start flying if you hit the starter. Depending on where the oil tank is put, it may require priming the oil system. Burping the system is common on Aircams. Also I have cleared many a cylinder hydraulic lock on a 912 if sitting a lot. Many people think the ignition on one requires a battery like a car. The stator has two sets of windings. One for charging system, but the other set is for the ignition. Just a fancy mag really with parts spread all over the engine instead of inside one box. P lead falls off, ignition is hot. That is what happens to my friend when burping the Aircam. No fuel shutoff so fuel is always available.
You must log in or register to reply here.
Share:
Facebook Twitter Reddit Pinterest Tumblr WhatsApp Email Link