How do you decide whether or not an airplane design should be patented?

Being a cynical old dude:

If your idea is really new and you wish to engage in the other activities then, yes, patent it. If it's really new then skip the patent. Develop it and produce/market it so efficiently that there is no room left for the competitors to reverse engineer it and build it cheaper.

Another option is to develop such high level of brand locality that it becomes socially unacceptable to use anything but your product.

Whether is is good enough for others to copy. It also needs to be novel enough to be patented. Whole aeroplanes are not patented. Parts are.

You have to find out that your idea is really new. Make sure that no one else has previously had the idea, or even close, to yours. Even if it has not been previously patented, if someone has thought of it before you will have a hard time getting your patent.

I suggest asking a patent lawyer, not a bunch of amateur aircraft designers.
F

You need to distinguish between a Design patent for the general shape and 'look' of a thing and a Utility patent for some 'useful' function. Design patents are often used by companies trying to prevent marketing of a similar looking product. The original Coke bottle is a good example. You could conceivably get one for an airplane shape - I got one for a missile. Utility patents are harder to get. You'd have to have some unique functional aspect you invented and want protected.

Without being too specific, what do you want to patent?

A few years ago a Gulfstream engineer spoke to the Vidalia Experimental Aircraft Association. But he didn't come to talk about Gulfstream jets. He talked about the twin-engine Lazair ultralight airplane. I asked him why the airplane has ten degrees of washout. He said that if he is caught in a cloud, he can pull the stick back, open the throttle and be guaranteed that he will descend slowly, under control. Even if he doesn't know which way is up, the airplane seemingly will.

Extending flaps is a form of in-flight-adjustable washout. But when your attitude indicator is going bonkers and your airspeed indicator says you can't extend flaps, you're in trouble because you can't be exceeding a certain airspeed with full flaps. My design tilts the outboard half of each wing down, which reduces stress

on the wings. That can be done at any time, regardless of airspeed.

Attached is a picture of the wing. It always has at least three degrees of washout and can be adjusted to as much as ten degrees.

pictsidhe said:
Whether is is good enough for others to copy. It also needs to be novel enough to be patented. Whole aeroplanes are not patented. Parts are.
Click to expand...

All one has to do is go to any of the patent search engines and search for "aircraft" to find zillions of hits, many of which are for whole airplane designs. Now, the utility of patenting whole aircraft can certainly be debated, but there's no question that whole airplanes can and have been patented.

Can you further explain the "attitude indicator is going bonkers" part?

So, it's a way to warp wings. I have been pondering that issue myself and I'm very curious. But, don't publish how you manage it, or it will not be patentable!
I was actually thinking about a wing warping method this morning!

blane.c said:
Can you further explain the "attitude indicator is going bonkers" part?
Click to expand...

Maybe so. An article I recently read said most patents are worthless. A high school friend, who is president of the largest lawn mower blade manufacturing company on Earth, owns at least one patent and he isn't wild about the idea of getting a patent. He says someone can tweak something and say theirs is different. Then when you fight with them, the lawyers make all of the money.

There has been considerable discussion here about patents. Check out the search feature at the top right of this page.

There has been considerable discussion here about patents. Check out the search feature at the top right of this page.

My new wife is an intellectual property attorney. She doesn't normally do patents but rather "soft IP" (art, music, etc) but she might be able to help If you have any specific questions that the forum search doesn't answer, I can ask her for you in a hypothetical sense. Feel free to DM.
D

I heard a fellow say, one time, "I love that new wife smell." Congratulations on landing her, and thanks a lot!

Dave Hodges said:
I heard a fellow say, one time, "I love that new wife smell." Congratulations on landing her, and thanks a lot!
Click to expand...

I remember seeing an idea several years ago that might be what the OP is thinking, in which case his idea may not be patentable.

I don't remember where I saw it so I can't give a link, but the basic idea is this....

Take several feet of the wing tip. Slice it chord-wise like a loaf of bread. Replace that section of spar with a tube. The tube is attached to the wing slice at the tip. All other slices are free to rotate on the tube. Cover the whole thing with some kind of flexible membrane. The membrane is also attached firmly to the unsliced portion of the wing. The tube is free to rotate by means of the controls in the cockpit, thereby effectively changing the wash-out on the wing tip.

There is also Nickel's Falter 1 ultralight. The elevons extend behind the wing. They have two batten-like ribs which are hinged at the rear spar, and the whole thing is covered with cloth. By means of a mixer, the two ribs can be moved independently or together. This is a place where a picture would be easier to understand, but I can't find a decent one. Here is a poor one. You can just make out the left-wing elevon: 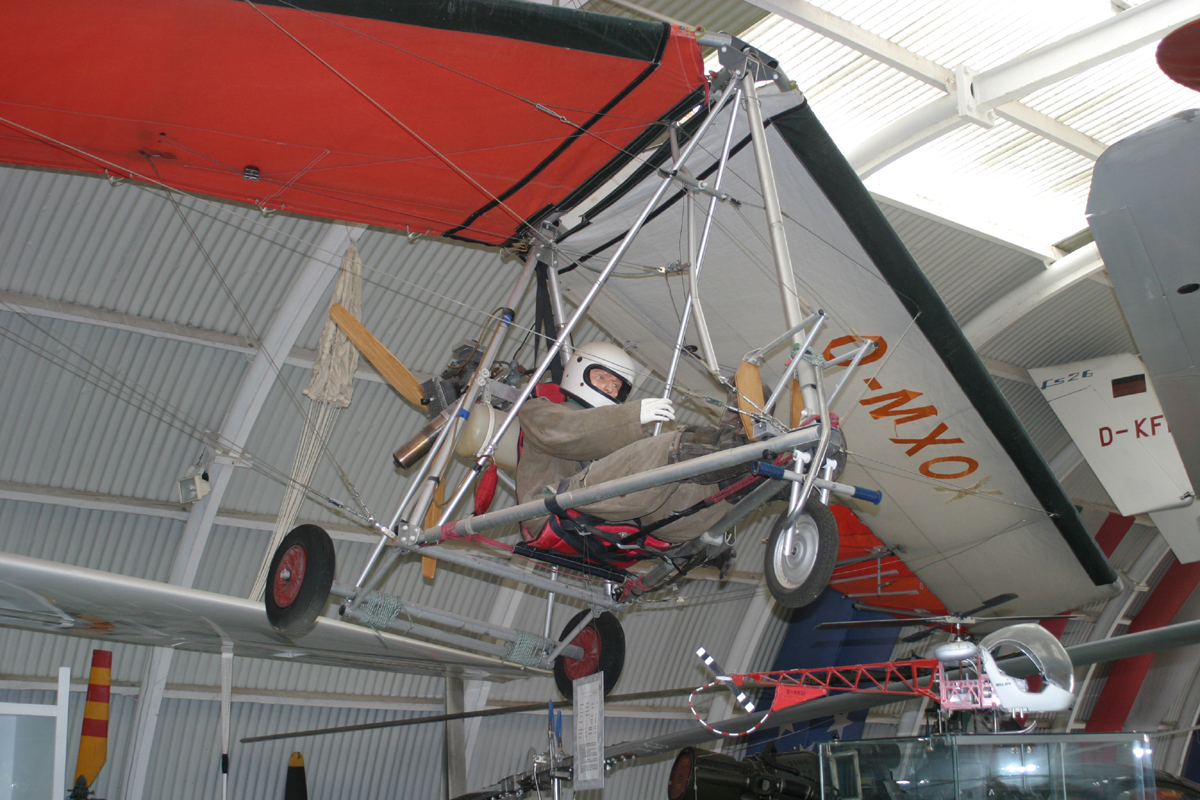