I have started drawing my Modernized Demoiselle. BMU.. For today's market with airports and hangers getting out of hand cost wise, It has to have folding wings and fit inside of an 8.5 ft wide trailer.
So that is the first design parameter. Folding wings that nest on the rudder. A tow bar on the rudder post area. If Iget the landing gear right , it should be able to be towed under 40MPH, on it's own wheels. ( it requires the gear to be well forward ) .
I want to use the screen room rectangular and square tubing for the wing spars. That process is still in the stress test stage . I have found 2x5 050 wall ; http://americanmetals.us/wp-content/uploads/2012/02/patio_extrusion.pdf
American Metals Supply

I will add a 2x2 093 compression tube above it.,
It will have a V strut placed so that the wing swings to the rear. The main spar will have a pull down wire/strut inline with the loads .
This main spar is set at 26% chord to reduce twist , The 2x2 TE spar will be at the TE.
Foam ribs, with the 1/3 of the bays filled with foam drag plates .
The wing will use a flat bottom foil around 16%. with Gurney flap and tip plates. Vortex generators of course. This is due to the wing being a little small at 24 x4. At the low end of the density value( 4.6) for me . It should fly at right around 32-34MPH at 420#
The spoilerons will be spar mounted at 26% , if the model likes them there. If not , they may turn into one way flaps, TE mounted.

The fuse and tail will be 4130 5/8 and 1/2 round. The engine mount/ wing mount keel is 1.5 065 .
It will have about 30 HP 2 stroke to start with and I expect to test the small block Twin or the big single 4 stroke .. The weights are similar.
The wing will have a few mounting points for easy balance changes (to accommodate different engines).
I expect it to weigh around 230# with 96 Sqft. If it is too dense I will build a longer wing. The 96 is a known good value but a little fast .

I would add a 4 foot swept wing tip to the 24 foot spanHershey bar wing. PM me for design details. Consider cord up to 5 feet if more wing area is needed.

Thanks, I started with 5 ft chord for enough area. The wing fold requires 8ft wide. I could dip the wings to stay inside the width parameter. But it gets complicated quickly. Using all of the lift modifiers and being close to an acceptable wight per sq ft. I'll try this for the first one. For the tips. the plates work very well .Ugly ish but they look nice from the stick .
P

Anyone know where to get 16-20 in wheels/tires with a 1/2 in axle hole? Demoiselle style?
Thanks,MM

I got some from Northern Tool.

Have you tried the Bike Shop?

Protech Racing said:
Anyone know where to get 16-20 in wheels/tires with a 1/2 in axle hole? Demoiselle style?
Thanks,MM
Click to expand...

BMX wheels. The rims tend to fail before the axle, so just use whatever they come with.
R

While current tech bike/motorcycle wheels may be strong enough, be aware that auto and a/c wire wheels typically have much wider hubs than bike wheels. Bikes never place significant side loads on the wheels, while autos & a/c can impose a lot of side load.

Have you consulted some of the antique a/c building forums, to see what they've had success with? There was a time when builders would lace their own wheels with wider hubs.

I used to lace my own wheels when I rode bicycles then motorcycles. It's not too hard, mostly just tedious. Wider hubs would be a good move, but I think the op wants bolt on. BMX wheels are built for way more abuse than regular cycle wheels, look at freestyle BMX riding.
P

Northern tool for the win. Thanks .
The bike shop stuff is 3/8 max axle. I want to strut to the end of the axle and 1/2 tube makes it a lot easier . I dont want to add another hard point there. One point for the axle , front strut, one point for the rear strut. both inside of the pilot box.

You are going to mount the strut to 1/2" tube cantilevered through the wheel?
P

The 1/2 090 will run across and pickup the strut cable ends , outside of the wheels .

Protech Racing said:
The 1/2 090 will run across and pickup the strut cable ends , outside of the wheels .
Click to expand...

Please, stop trying to 'design' a plane and buy some plans.
P

My recommendation is you build A
arm suspension like on your racers.
The Demoiselle could use an upgrade.

Protech Racing said:
The 1/2 090 will run across and pickup the strut cable ends , outside of the wheels .
Click to expand...

I'm haveing a hard time visualizing this. Is this a mono wheel design?
Pictures/sketch?
P

I have moved the engine foreward enough to keep my feet inside of the box. About a foot. This is pretty close to the load paths tho. I have engine mount struts from the lowers.
My fuse/tail is steel .
I could swing arm the axles with bungee. also.
My runways are pretty smooth. I ran the tires low and didnt need brakes on the last craft.

Got it. I'm with Pictsidhe.
1/2 x .090 seems a lot undersized. Even with a bent tube for the mount with the flying wires attached there are going to be some significant bending loads. The math/trig is pretty straight forward. 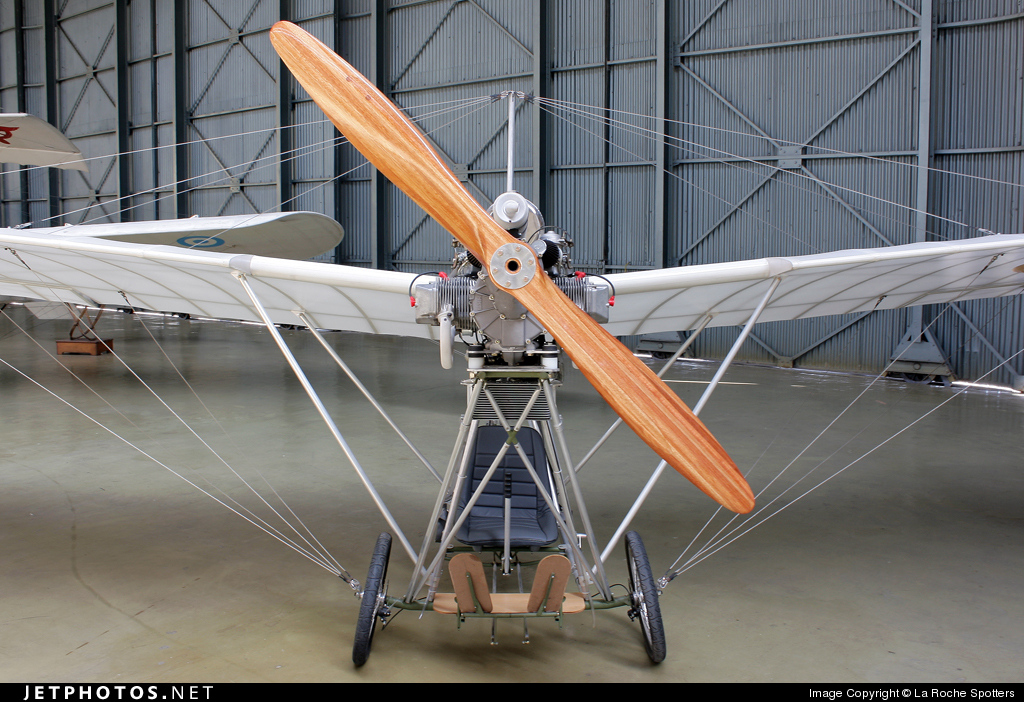 Hot Wings said:
I'm haveing a hard time visualizing this. Is this a mono wheel design?
Pictures/sketch?
Click to expand...