An argument in favor of multi-engine design

There were some experimental 1920s designs and I think a few during WWI with fuselage-mounted engines driving wing-mounted propellers via shafts or belts or both. Here is one, the Parnall Possum. 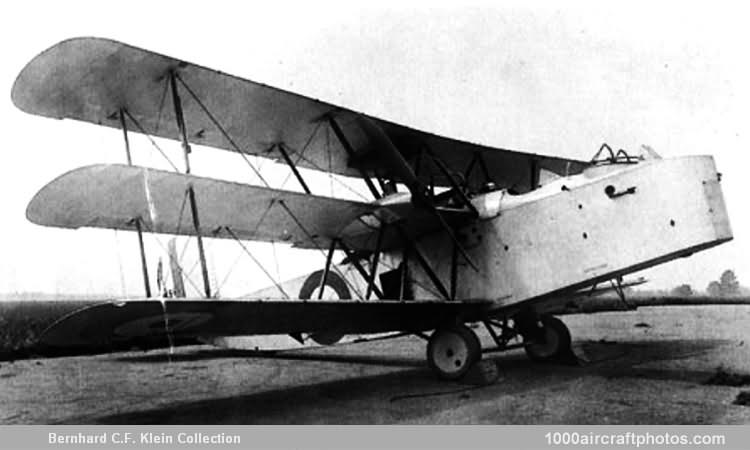 Pilot-34 said:
Has there ever been a airplane with a fuselage mounted engine driving two or more wing mounted propellers through drive shafts ?
Sort of a mechanical “ blackfly” idea?
Click to expand...

I've been intrigued for a long time about the idea of an inline (push-pull) VW-powered two-seat homebuilt. The layout would be like the Cessna Skymaster (aka Cessna Model 337, USAF O-2, etc) or its little brother, the Powers-Bashforth Minimaster. Pops mentioned in an earlier thread that he'd...
www.homebuiltairplanes.com

blane.c said:
Being a STOL monster is not necessarily the idea with a hull aircraft.
Click to expand...

FWIW, I have always been fascinated by small, low-power multi-engine aircraft. A great example is the 1925 Daimler-Klemm L21, originally conceived for a light aircraft competition in which the lowest power category was 40 hp. Klemm's previous L20 design had only a 20 hp engine. So... 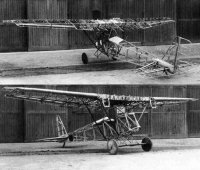 I have often daydreamed about something like this but with an enclosed, side-by-side, two-seat cockpit and pair of basic direct-drive VW conversions on the wings, perhaps with some sort of brake system *if* it proved necessary (a relatively short VW prop might not be able to windmill in any case). A pair of industrial V-twin engines with Ace redrives might also be worth considering.

The key here is to keep the weight and wing area down in microlight or even motorglider territory to allow for adequate climb rate and angle on low power, top speed be damned. More info in the links below (I used Google Translate for the German.)

I'm looking for data, info and 3.views of the Klemm L-21 twin engined record aircraft of the 20s ermeio

blane.c said:
Ford put a higher hp engine on the nose on some models than the wings... because you needed more hp in the advent of an outboard engine failure to compensate for the drag created by yawing the aircraft...
Click to expand...

You're correct. There was not a 1/3 + 1/3 + 1/3 split. The nose (main) engine alone was just enough to keep limping along if you open the throttle. I believe if a wing-mounted (auxiliary) engine fails, the pilot shuts down the other auxiliary engine, and doesn't have to deal with asymmetric thrust.
S