Well, built around a data plate, it seems. I stumbled across this on the Youtubes and thought that, while it's not bleeding edge tech, it's a super interesting series even as it stands now and there's been some really interesting nuggets of historical airframe technology discussed. Some of you guys in lockdown may enjoy the distraction.

Typhoon is cool...I have a R/C model kit of it.

The Typhoon is big enough that it would be a great subject for a reduced-scale replica. A 70% scale Tiffy would get down to about 137 sq ft of wing area, the pilot could occupy the full depth of the fuselage and where the engine would have been up to about the main spar, and you'd have no trouble fitting an inexpensive upright Suzuki conversion in that big cowling with a chin radiator. It would look very cool in Normandy invasion stripes with dummy rockets!

I have a short but important list of people who deserve the real thing...

+1 on the upright Suzuki, one of the Raven Redrive units would be great if they are still available. But the Ford Ecoboost and other recent auto engines could deliver a bit more oomph for a more thrilling experience.
C 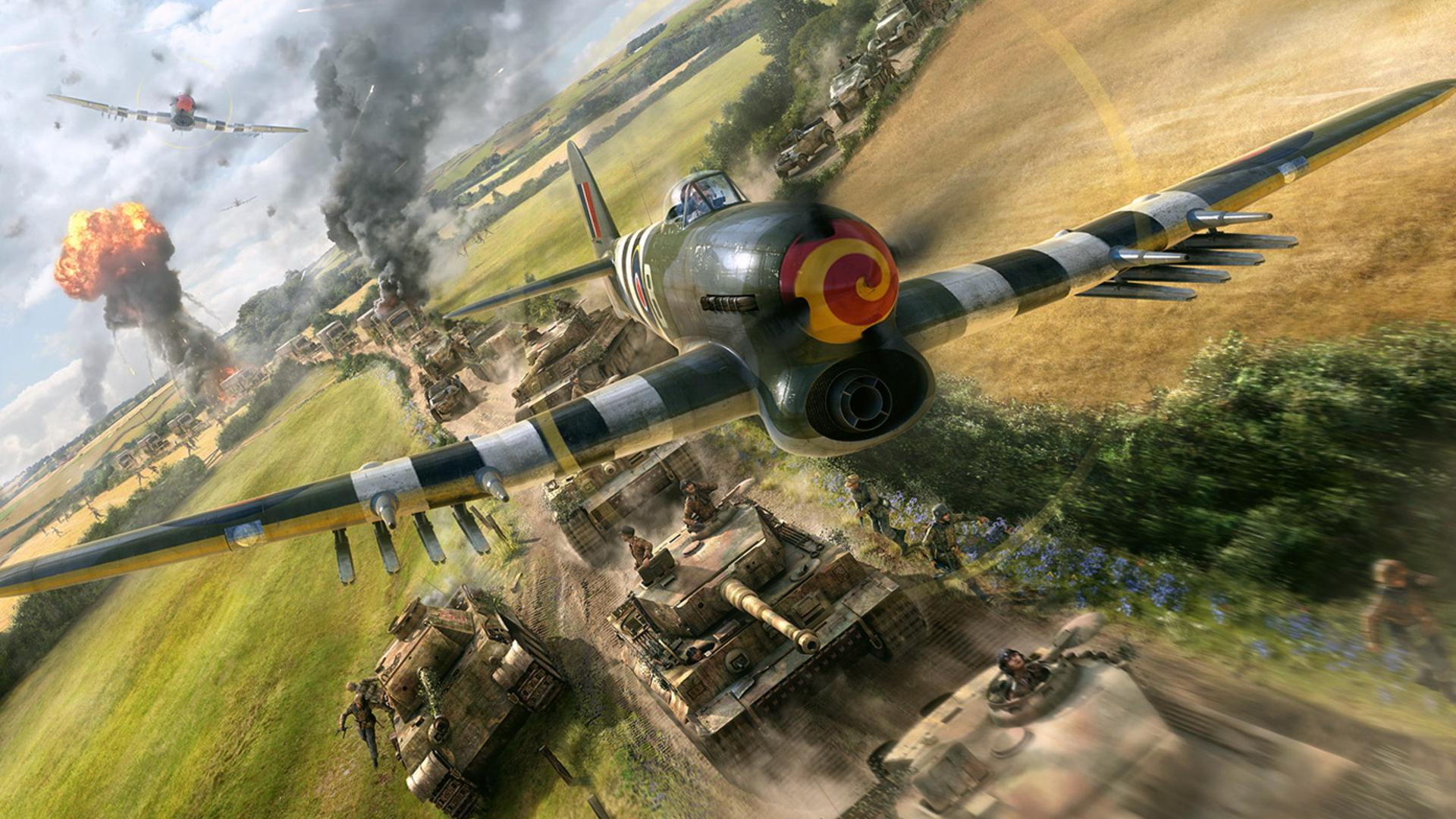 I have a short but important list of people who deserve the real thing...
Click to expand...

Ha, I have a long list of important people who deserve the real thing....!!! 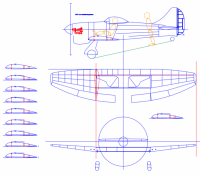 A full size Typhoon with a Napier Sabre is a fantastic idea. But at reduced scale it will lose much credibility and although an enthusiast for scaled replicas I feel the Typhoon in particular deserves full-size reproduction. A case in point where I feel such replicas fail to work is the WAR Replica P-47. Even their Fw 190 is too toy-like, especially viewed on the ground. A feature of the 190 was its extremely long legs and I think every effort could have been used to reproduce this, even if the legs were relocated further outboard. There is a 75% Hawker Sea Fury nearing completion in Canada however, which looks terrific, so probably I'm wrong! :0)

A full size replica of these aircraft would be a fabulous achievement, and I would love to see it as much as anyone. But it is my very limited understanding that there are very few Napier Sabre engines in existence. Anyone who knows differently feel free to correct me, but this is what I had heard...

A good friend of mine was involved in the structural re-design for the replica Napier Heston racer now being built in New Zealand. The original Heston used an early prototype version of the Napier engine - which was significantly different than any of the production engines (Typhoon, etc.).

They knew they would not be able to find the (one or two at most) original Heston racer engines, so they initially thought that they'd just rummage around the warbird community and find a Typhoon engine. But then they realized the Typhoon engine would not physically fit into the cowling of the Heston. They were very much set on not changing the external shape or dimensions of the Heston.

In the process, they (apparently) found that it would be fairly difficult to find a rebuildable Napier Sabre of any type... even compared to finding other WW2 vintage engines. So the NZ Heston racer builders apparently decided to "settle" for a Griffon!

I am afraid a 100% replica with anything approaching the power and performance of the original is beyond the budget and scope of a project I'd be willing to tackle, which is probably true for 99% of amateur builders. A full-scale Typhoon or Tempest with anything less that 1,000 hp would be like a Ferrari replica with an economy car engine...looks good in the driveway but otherwise there's not much point.

A scaled-down version would, I think, be a lot more fun and certainly much more affordable and likely to be much better suited to a recreational pilot's level of skill. Typhoon vs. Tempest is a matter of taste -- see these silhouettes from The Hawker Typhoon, Tempest, & Sea Fury. Personally, I prefer the pugnacious look of the Typhoon with its big chin radiator and ventral tail fin, but to each his/her own. Now if a small radial is in the mix, or an auto conversion hidden in a radial cowling, then the Sea Fury is a great option.

Considering how few original Typhoons remain, I wonder how many Tempest fuselage and tail parts could be substituted.
Forget about using Sea Fury parts as that was the first Hawker fighter with a monocoque centre fuselage.

Not surprising that they cannot locate a re-buildable Napier Sabre engine. Looks like this Typhoon replica will use a near-stock RR Merlin engine. After they delete all the heavy guns, radios and armour, this replica should perform close to an original Typhoon even with "only" 1,000 horsepower from a de-tuned Merlin.
De-tuning engines is common among the warbird crowd because they are reluctant to destroy rare engines while boosting them to WW2 emergency power manifold pressures. Only Reno Unlimited racers boost to more than wartime levels and they expect to only run them that hard for a few minutes each year. Racers also expect to overhaul engines after every race season. If you have to ask what a Merlin over-haul costs ... you cannot afford it.

As for Sea Furies ... most of the racers have been re-engined with larger American radials (R-3350 or R-4360) after they exhausted reserves of Bristol Centaurus spare parts. Conversions are easy to identify by their 4-bladed propellers.

Back to reduced-scale Sea Fury replicas ... War Aircraft Replicas did sell plans for a half-scale Sea Fury replica. They flew okay with Continental O-200 engine if builders carefully controlled weights .. tough to do with hand lay-up fibreglass. I have sat in a WAR Sea Fury replica, but it was tight on my 6 foot tall, 190 pound frame wearing a bulky winter flying jacket. To wear a pilot emergency parachute, I would need to delete the original seat to make room. Even so, it is doubtful if I could bail out of a flaming WAR half-scale Sea Fury.

Actually the plan is for RB396 to have a Sabre engine, the group "rebuilding" it has an engiine in their posession, I think 2 complete engines in fact although they need rebuilding and may not be enough good parts. The Merlin 3 on their facebook page is a side project.
The rebuild is based around parts recovered from the Netherlands and that is the source of the identity, they do have quite a lot of original parts including a rear fuselage so while certainly not a true original it is not quite deserving of the Data Plate rebuild tag.
There is reportedly another project in Canada JP843, so we may one day hear the Sabre on both sides of the atlantic.
T

Kermit Weeks is doing a Tempest with a Rapier Saber. He has a spare engine. These type of projects are for deep pockets. If you can afford two flying P-51s, you can do one of these rebirths.
T

Seafuries in the US have the Pratts. In the UK they are po-pooed as cheaters. We use to have one at my airport, fun to watch fly. I miss getting strafed.
P

If memory serves the Dreadnought was an economy project because the 4360 was cheap.
A

Chilton said:
... they do have quite a lot of original parts including a rear fuselage so while certainly not a true original it is not quite deserving of the Data Plate rebuild tag.
Click to expand...

I kind of wrote the post title tongue in cheek but also to give the project some exposure. I thoroughly enjoyed watching Ian's description and demonstration of sheet metal forming techniques for the monocoque ribs as well as listening to Martin Oldfield describe some of the pre-CAD methods for design-thru-production manufacture of aircraft structures. I was especially intrigued with the SS strip spline tool.

I thought I'd spotted a Sabre in the original posting so, if it can be refurbished, the Typhoon would be as close to a 100% authentic example as makes no matter. There was anther Napier Sabre in existence in the UK which was intended to be installed in a planned Heston 'Racer' replica back in the 1980s. Probably, as has been pointed out, it was a later Sabre mark so would not have fitted into the sleek contours of that lovely machine. Without dreams we would be content with the mediocre I suppose, but thankfully there are those with drive, enthusiasm, imagination and very deep pockets who carry the flag.

There is one Typhoon:

I think Ed Heinemann was quoting Bill Stout. However Heinemann used that axiom to create the superlative Skyhawk which reduced the increasing complication of second generation jet fighter and attack aircraft by going back to first principles. A brilliant piece of reductive engineering.

The Typhoon video is fine tribute to this aircraft. Incidentally, when the Flitzer prototype was displayed at the Hendon museum in the early 1990s it was erected immediately in front of the Typhoon which towered over the Z-1. Our crew worked hurriedly to assemble the biplane with the clock ticking as the museum was due to close very shortly, by late afternoon. I was surprised to be admonished by one of the staff who warned us to be careful as, if we moved our aircraft, we risked damaging the Typhoon's long cannon muzzles with the wing fabric of the Flitzer's top wing! Seriously!
You must log in or register to reply here.
Share:
Facebook Twitter Reddit Pinterest Tumblr WhatsApp Email Link