It was getting obvious that my ideas did collide with the other LAR Bee design.

I was looking for the most possible surface as a high wing Lazy Bee inspired flying LAR wing.

What comes in mind, ist the classic layout of Fritz's Bee or the ones available from the net. 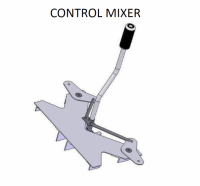 Further I wanted still to have 3 axis CTL, but with only 3 moving surfaces, and the Control Mixer of the MW9 seams to be a great solution for a similar bird.

So somehow the engine up in front like on the circular wing of Fritz and the the wingshape somewhat like the addition to Fritz's contribution of the LAR Lazy Bee; 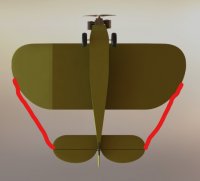 Id like to keep the taildesign as similar as possible, with the 3 moving surfaces.

The Wingspan, hmmmm, estimated of the possible surface of about 16' with a tailspan of max 7' with folding down ears of each 5' at the widest point.

The outer panels would have no moving surfaces, they would only create lift.

If the fuselage is sit on top with two wingstruts or a sit in fuselage of a cantilever wing, is of a secondary nature.