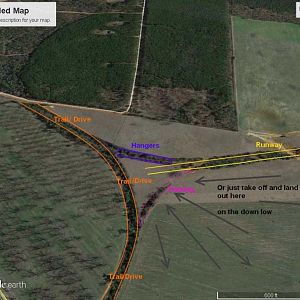 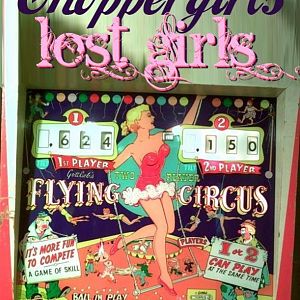 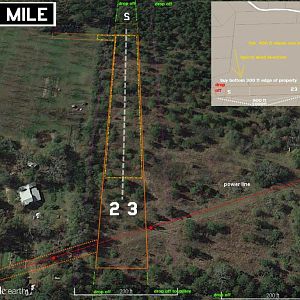 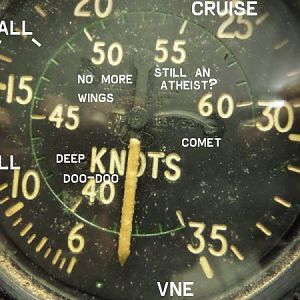 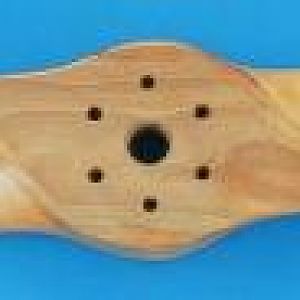 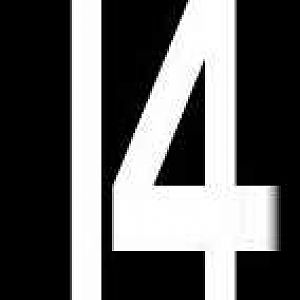 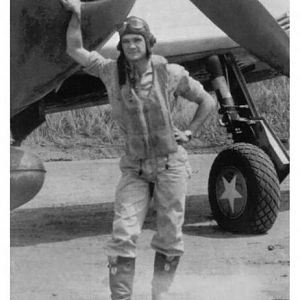 Looks a little bumpy.
It's actually worse than it looks. The trees grew up more since the fly over plane flew over head. It actually looks doable in the photo without a bulldozer.. not so much any more... pretty much need lots of chainsaw and bulldozer work now.

But on the plus side, I scoped out the power line, and it is plenty tall and wide enough to easily fly under on a landing... without having to have the dang thing moved. That was my major concern, its expensive to get them moved.

Ummm, am I the only one who doesn't like the idea of flying under a power line?
Yep, you're the only one.

Who *doesn't* love flying under power lines? What a rush!

It's a rush when it goes to plan. If it doesn't, it can be arresting.