Well, it is still debatable whether the mysterious aircraft is indeed a genuine Chinese copy of the Aerolite 103. Maybe they are the genuine ones. I couldn't reach the technical team even when I was pretending to be an interested buyer. Hence, your input will be much appreciated (especially if you are an aerolite builder).

A few theories about the mysterious origin of the Aerolites:

They are in fact the genuine ones - the seller imported the a bunch of kits from the U.S. and assembled them in China. The seller does not want you know about the actual make and model of the aircraft, so you don't just buy the plane by yourself.

Some evidence supporting this theory: the distinctive three-spoke main landing gear wheel, the fuel tank and the bucket look very similar to the ones straight from the kit. Correct me if I was wrong.

However, this does not explain the mere $13,700 price tag, since a quick-build airframe kit alone costs more than that.

They bought a full kit and reversed-engineered a bunch of Aerolite 103.

The team did a 4.5G loading test on the wing with sandbags. However, why would they do that to a proven airframe kit that costs $15,000? Just for marketing purposes?

But that doesn't explain the three-spoke wheel, fuel tank, and bucket seats found in all four production aircraft.

There is a stolen blueprint of the Aerolite 103 somewhere on the internet (maybe on the darknet).

Anyway, if I was to reverse-engineer an aerolite without a reference to the actual plane, I'll just use the model in X-plane as a reference - they are detailed down to most bracket and screws and probably accurate enough in the sense of practical engineering.

Aerolite 103 kits are secretly made in China. You've lived a lie your whole lifetime.

Quality pre-manufactured ultralight kits(without engine) indeed only would only cost you $3,000. 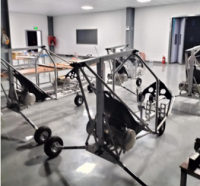 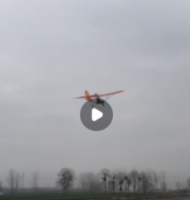