Where to look for source of temporary electrical system failure?

Dan Thomas said:
You guys should see the wiring diagrams for the newer Cessnas. Instead of showing each circuit on its own page, they have multiple circuits on each page, and each page deals with a section so you need to be flipping back and forth endlessy when trying to trace a circuit. Those airplanes have six busses, too. Troubleshooting is no fun.
Click to expand...

Sounds like my Air Force days, though admittedly we had a whole bunch of systems you could never depict on just one fold-out page. The aircraft I spent the most time flying and working on, the RC-135, had almost all of our systems interconnected, so it wasn't possible to depict a single system in some cases, even on multiple pages. As much of a pain as that was, thinking about it does make me nostalgic.

BJC said:
Early in my career, I had to deal with H size blue prints (not blue line drawings) of power plant wiring diagrams, with, literally, hundreds of conductors per print. It usually took six or eight prints to trace an entire circuit.
Click to expand...

Rarely have I encountered blue lines, but they always seem to survive better than blue prints. I miss tactile media like that (hence my avatar).

pantdino said:
So toggling off and on wouldn't work until the switch had cooled down, which it did after sitting on the ground for a while.
Click to expand...

ALL-ELECTRONIC ECB-28-5 5 AMP CIRCUIT BREAKER This circuit breaker has no mechanical parts, except for the reset switch. The power switching and control components are completely solid state. ...

TFF posted a video about the emergency landing by Pantdino's airplane on Compton Airport after the apparent failure of the right main gear/gear downlock and a subsequent loss of engine power (apparently due to an overloaded circuit breaker, a cascading problem subsequent to the hydraulic issue).
Crashes in the News - Thread

Discussion of possible cause of the loss of engine power begins at about 47:45.

Watched the vid a couple of hours ago. Really difficult for me to watch due to the snap-cuts edited in at about every 1.6 seconds, but loaded with great info about the electrical issues. Really sad that the electrical design didn't seem to have any failure mode analysis done at all. Seguin packed a lot of words into the analysis, and it seemed like every half dozen words revealed another issue.

No way to know if he'd have been able to get the gear downlock situation rectified, with the electrical issues. A real shame.

I second the commentary for the OP to buy the AeroElectric Connection book, visit their website, get educated on the topic, then review the entire wiring scheme in this airplane.

This whole notion of having a main breaker that takes out everything is pretty amazing to me... I agree that the airplane needs to be protected from every significant wire that can burned and light other stuff on fire, and that means fuses and/or breakers protecting circuits. But putting the ECU and the gear power pack on the same breaker? Or as the video implied, a main breaker that takes down everything? I gotta wonder what the thinking was on that. Why would anyone prefer to lose several critical systems together?

Another is that the hydraulic power pack is disengaged from running in the gear down direction when the downlock limit switch makes. Gulp. The switch is supposed to give the pilot an indication that the gear has extended, or more directly, indicate when the gear is NOT YET down and locked. These switches are adjustable and can move out of adjustment. Disabling the pump from making down/lock pressure sounds has a failure mode of not locking the gear if the switch makes early... Not a good thing. Most systems I am aware of keep pressure on the down and lock parts of the system while landing. Removing pressure from those during landing?

I would be getting out the electrical wiring plan and review it from scratch. Why? Well, we appear to have at least two questionable issues already, an there are a BUNCH of switches in that airplane. I suspect more problematic issues will be found in a review. The AEC has a bunch of wiring schemes for different types of airplanes, including the Z-12, Z-13 and Z100 series that Bob has been refining, all intended to be low workload, very high reliability systems for electrically dependant airplanes. A re-wire to a far more reliable scheme might be in order, and you might lose a bunch of switches and gain a far more reliable scheme.

Then I would be reviewing the entire scheme for running the landing gear. I know far less about them, but deliberately stopping a pump when the switch triggers (that may or may not accurately indicate the system has gone over center and really locked down) sounds like an invitation to letting the gear collapse.

Next, I am wondering how the gearbox and engine took the prop strike.

The airframe is most likely rebuildable. There have been plenty of events of this sort with the airplane flying again.

LOTS of snafu’s in the power distribution architecture; a thorough review is warrented.

Additionally, with all the issues with the airplane that have been found and experienced, I would want a thorough inspection of the basic structure.

wsimpso1 said:
Then I would be reviewing the entire scheme for running the landing gear. I know far less about them, but deliberately stopping a pump when the switch triggers (that may or may not accurately indicate the system has gone over center and really locked down) sounds like an invitation to letting the gear collapse.
Click to expand...

Typical practice in TC'd airplanes is a pressure switch that shuts the pump off when the desired pressure limit is reached. That keeps pressure on the gear system in addition to having downlocks. In some, it's just the pressure that keeps the gear retracted.

And in addition to the pressure switch, there will be relief valves in case that switch fails closed or someone gets too panicky with the manual pump. In the R182, the main relief lets go at around 1600 psi (switch is set for about 1300) and the thermal relief, the one that relieves manual pump pressure, is around 1800. That keeps someone from bursting the hydraulic lines or cylinders. Those numbers are from memory; i's been a few years since I did a gear swing and checks of all that stuff.

And a breaker to pop off if that motor just won't quit.

The gear up/down limit switches just operate the lights. There will be a squat switch to prevent retraction on the ground. On the R182 it's on the nosegear scissors, and in the landing rollout the nosegear is often still fully extended, especially if the CG is in the aft end of the box, and one could still make the ancient mistake of flipping the gear switch up instead of the flap switch, and the nose crashes to the runway and wrecks the engine and prop and a bunch of structure. Ouch. We always taught that you leave those flaps alone until you're stopped off the runway.
D

In flight video of this specific failure.
Beautiful aircraft Jim, hope you fix it.

Racing guys of old used magnetos and mechanical fuel metering - Why use a system slaved to a bus?

Flying's risky as it is - Hate to see the bill for towing from cloud nine.
R

The issue isn't using electronic stuff; it's the wiring architecture used to supply power to the electronic stuff. It would take longer than that video to explain everything mentioned in the video that's wrong, but you asked more or less the right question about the engine system; why was it on an airframe power bus?
The gear failure was almost certainly at least two completely different problems; either of which could have taken out the gear. 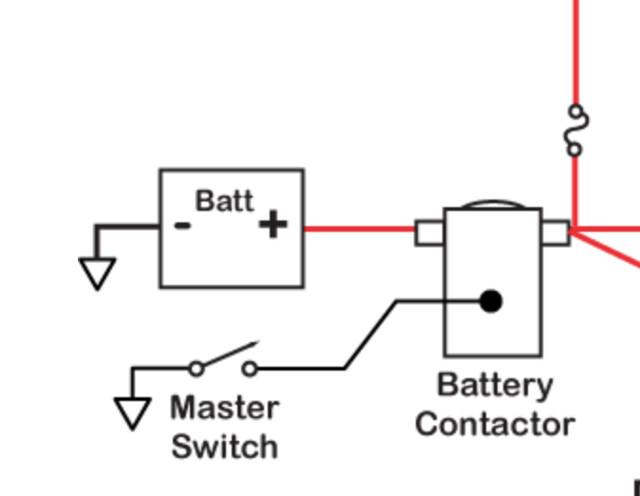 Did you watch the video? Elliot goes through the electrical failure quite well.

dwalker said:
Did you watch the video? Elliot goes through the electrical failure quite well.
Click to expand...

Didn't realize this was a necro thread until after I hit the "post reply" button. My bad.
D

N804RV said:
Didn't realize this was a necro thread until after I hit the "post reply" button. My bad.
Click to expand...

dwalker said:
I just posted the video link an hour or so ago, and I believe Elliot just posted it a day or so ago himself.
Click to expand...

You're so righteous! Revel in the moment my friend...
D

N804RV said:
You're so righteous! Revel in the moment my friend...
Click to expand...