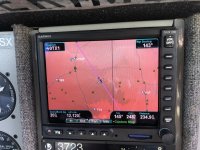 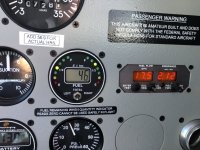 No, it’s a friends. We went northeast of Denver from Granbury after breakfast and were home before dinner. 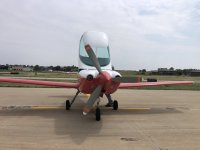 There are several just east of here, at Spruce Creek. They fly formation everywhere that they go.

Mark, is your friend the builder of that plane and if so what did he think of the "kit?"

My understanding is that you must be a toolmaker/builder if you are going after an SX. Doug Poli has built the majority of the ones flying and repairs and maintains several he didn’t. I think that 80 kits were produced and only 40 sets of landing gear. I wish Doug would take on an apprentice to keep the type alive. Doug did not build my friend’s but I’m told a new wing is in the fixture right now. That 24’ wing with full fuel and 2 fat boys eats up runway a 4000’ runway at 5000’ field elevation trying to make 100 knots of flying speed. 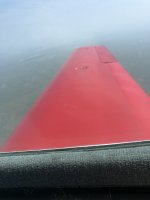 100 knots! Wow. Bummer about the kits being what they were.

plncraze said:
Bummer about the kits being what they were.
Click to expand...

I’ve heard that the kits were good, but the airplane is complex.

What was the TAS on the 248GS snapshot?
T

They are always cool to look at when at Oshkosh. Those and the Venture just look like a pain to put together without being a full time job. Wouldn’t ground speed be just ground speed?

We don’t have a TAS read out but we did a calculation on the GPS to figure we did have about a 5kt tailwind. It’s an awesome machine. I’ll post more when I learn more about it. I’ll try to get over and visit with Doug.

Ok, what was the IAS?

If a Venture will do, come on down to Mississippi.
https://questairventure.com/

Toobuilder said:
Ok, what was the IAS?

Do you know JJ? He built the featured Rocket in Sport Av. 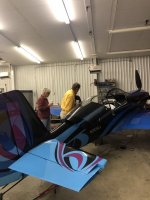 I did that once to a trio of F-18s that had come through at the FBO next to my old airline hangar. We would go look at whatever was cool over there. Told them the Air Force really showed off when they took off. The Navy guys got the hint.

I heard a Gulfstream instructor ask a Hawker instructor, “What are you teaching, performance?”
E

I've flown three different Ventures. They're fine X-C machines but not sport planes. Not sure how well they could handle ice with the sharp leading edge on the horizontal tail.
V

I have a Questair Venture and love it. It’s a pain to work on but nothing can touch the speed and efficiency. The Venture does SX300 speeds on 280 hp and stalls 10 knots slower. Coming back from Oshkosh I was getting 230ktas on 10.5 gph at 15.5.

VenturePilot said:
I have a Questair Venture and love it. It’s a pain to work on but nothing can touch the speed and efficiency. The Venture does SX300 speeds on 280 hp and stalls 10 knots slower. Coming back from Oshkosh I was getting 230ktas on 10.5 gph at 15.5.
Click to expand...

I understand that you can still get Venture kits. Are there many serious and current builders out in the wild? I do know that a Venture build requires a huge skill in compound curvature.
You must log in or register to reply here.
Share:
Facebook Twitter Reddit Pinterest Tumblr WhatsApp Email Link