The only thing we have an infinite supply of is government paper work!

How about building something out of used 8.5x11 copier sheets, laminated?
L

If I was forced to design and build an all plywood airframe, I'd get plywood with the thickest layers I could find, cut it into strips, cut away the cross grain, and glue the remains back together. At least for stringers and spar caps. Alternatively, I'd sneak out in the dead of night and steal some regular birch lumber which would be just as sustainable, if not more so.
---------
With fuselages, it might make sense to use the "stitch and glue" method from boat building. You could put carbon pultrusions in the fillets instead of stringers. Relatively swoopy shapes might be obtained. If you're not familiar with this method, look up "one sheet plywood Baby Boat on the net. Two Baby Boats,together might make a nice fuselage pod. ;-)

robertl said:
What about processed bamboo or hemp ?
Click to expand...

Hemp cloth in aero quality is actually very pricey. Perhaps if the demand were there, it would drop. I haven't come across bamboo cloth. But I have encountered bamboo clothing. Pricey again...

lr27 said:
With fuselages, it might make sense to use the "stitch and glue" method from boat building
Click to expand...

...if that’s not traditionally nautical enough, one could always go with lapstrake planking. 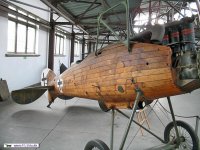 BJC said:
Thanks. Would you identify one or two for my education?

I did not read all 7 pages.
Did someone (maybe even me ?- i tend to forget more these days)
Already post that plywood fuselage construction was common in early daze.
Perhaps most famously, Lockheed Vegas. The stuff was almost ridiculously thin, and after they got the thickness correct around the wing/cabin area after a few failures, it was certainly strong.

The Vega fuselages were laid up inside a concrete form, and blow-moulded with a rubber bladder, in halves.
Wood, after all, is a matrix of natural carbon fiber.
There are films from the 40's or 50's of women in a fairchild factory laying up plywood skins, with a dry film adhesive, that was then set in an autoclave after the presse was closed.

I imagine wing shapes could easily be pressed or blown in moulds, and minimal internal structure added after.
But the thought experiment seems to suggest (to me) that it would be difficult to beat the low weight of built up spar, ribs, and fabric. At least (in the ply example) with skins thick enough to be practical against minor forces during ground handling (hangar rash). At that point, aluminum starts to look viable.

The thing I always wondered about is does most commonly available plywood have enough uniformity and published structural properties to be able to properly engineer a design and still be lightweight?
A

does most commonly available plywood have enough uniformity and published structural properties to be able to properly engineer a design and still be lightweight?
Click to expand...

Not to be lightweight.
For building materials, the properties are mostly known and understood, & (loosely!) graded for. But weight has no bearing, and it is mostly (very large) knotty, poorly grain sorted or oriented material, for which volume is as important as pure tensile or compressive strength. Meaning, it is very heavy for the strength. A lot of building structural plywood is also made of material that is heavy for the strength, such as southern yellow pine.

Aircraft plywood sorts the material and orients the grain and grain-slope, with minimal small knots, to use only the wood fibers that essentially add strength, in the directions required, so as to minimize the weight. (Maximize strength to weight ratio)

I suspect the Lloyds graded boat plywood could suffice.
Perhaps not intuitively, it is also a product that competes on both stiffness, & strength-to-weight ratio.
Okoume marine plywood is quite light, stiff, & very stable, though *not* rot resistant. I have used it for architectural applications but not researched the wood itself for actual strength to weight ratios. Sapele marine would probably compare favorably with aviation mahogany. Marine Doug fir is strong, less stable/more brash, at the familiar weight penalty of doug fir.

The former Russian microlam birch plywood probably would have served as well, and inexpensive before the war. Now it is ridiculously expensive, and will become un-obtainium as stocks (rapidly) disappear. Some of the thicker russian was full of largish knots in the core, but if the sheets were chosen from the right batches, it was pretty darn good and uniform. Or choose 1/8" sheets, and laminate those, since they would be at least 50% face grade material. Some russian was a little slack in glue - you could get sheets with loose faces at times.

Canada has the forests, not sure why they don't make it. (spruce or birch)
T

The Ply skin in on the Vegas and Sirius were made in the molds. Each lamination was layered in the mould. Kevin Kimball is restoring Kermit Weeks’. He has made all new skins and some spares; he made a buck CNC shaped instead of mould but the laminations are made just like the original just inside out instead of outside in. It’s really amazing.
D

Localy there is a skateboard maker who creates skateboards from vineer,the layers are stacked into
a heated press with steel molds that have contiously variable curves,vineer is availible in every species and grade and size and thickness,foams are also availble
in much the same way,carbon,kevlar,fiberglass
its 2022 mang,click on your phone and it shows up
in the door yard
You must log in or register to reply here.
Share:
Facebook Twitter Reddit Pinterest Tumblr WhatsApp Email Share Link