SailPlanes, How do they get by with just one wheel?

Are you suggesting that the linkage and actuators required to move the tip floats on a Goose are "several hundred pounds"?

No wonder they called Grumman the "iron works"!

One reason gliders can get away with a belly wheel is those long wings. You can easily keep the wing tips off the ground for most of the takeoff and landing roll with moderate aileron input. I used to balance on the wheel in a gentle breeze while waiting for the tug, and it was kinda fun to keep it balanced that way through hook-up and throttle-up. The wing walker would smile and wave at me. Short-wing aircraft will want to drop a wing a lot sooner, so there goes your nice long landing roll to a full-stop, with a wing drop at the end.

Gliders don't need to pull up next to a dock....
P

Pilot-34 said:
Sponsons ? I can’t imagine a reason to use them if a wingtip works.
After all you don’t see them on gliders.
Click to expand...

When one gets out of a (land) glider there is solid earth to stand on. Not true on a seaplane unless there is a dock or a float or the seaplane (flying boat) has "landed" as in beaching, there is no land to step onto when one gets out of the cockpit or cabin. The sponson, or lifting body delta wing in the case of the Sea-Era, is able to function as a portable dock that goes along with the plane wherever it goes.

That is sinergy at work. It is not the primary function of the sponson but it has a secondary useful function that adds very little if any additional weight and drag.

Is that sufficient thread drift or shall we continue? How bout we start a new thread titled "Thread Drift".
P

Not thread drift at all. It definitely goes to the core point.
Any idea how much weight and or drag a sponson adds ?

Toobuilder said:
Are you suggesting that the linkage and actuators required to move the tip floats on a Goose are "several hundred pounds"?
Click to expand...

I figure it all adds up and I assume the tip floats are hydraulic. To do away with all but the floats you’d be removing the struts and their pivots (which I would think are pretty substantial since they’re skinny cantilevered sticks), whatever it uses for an actuator, what I imagine is a good bit of structure that ties the strut to the spar(s?), probably a good hundred feet of hydraulic hose and however much fluid is contained therein, some sort of control mechanism, and maybe some system for indication. I dunno, I just sort of tried to picture all those pieces in a pile on a hangar floor and ‘a couple hundred pounds’ seemed like a reasonable figure, extrapolating from other piles of pieces I’ve moved.

I don’t think Grumman installed retractable floats on any of them, though it could be a late production thing. Whatever you’d lose in useful load with them, you’d likely gain back in speed or else the commercial folks would be flying fixed float Geese (Gooses?). A lot of seaplane operators charge by the mile so a faster plane can get more trips done in a day and/or reduce fuel costs by flying fewer minutes to the destination on the same power setting and consumption rate.

As an aside, threads like these often make me wonder if it could be a fun side gig to build and flight test models to prove/disprove these ideas or at least gain more insight through experience as to what’s really going on. Sort of a (Further) Scaled Composites type of operation. Heck, even Burt Rutan threw a small free flight model of Spaceship One off the roof of a control tower to explore tipping the tail up for re-entry.

Pilot-34 said:
Not thread drift at all. It definitely goes to the core point.
Any idea how much weight and or drag a sponson adds ?
Click to expand...

My understanding is that the sponson needs to be at a higher angle of incidence than the wing and for that reason adds otherwise unnecessary drag. The Sea-Era solves that issue with the incidence changing wing that also adds the lifting body feature for landing.

A sponson would work well on a Spratt Control Wing or perhaps a Pou Du Ciel.

Pilot-34 said:
How do Sailplanes get by with just one wheel? Why can’t hull type Sea planes use the same idea?
Click to expand...

Touches down and rolls out on the single main wheel. As he's slowing, he pushed the nose down onto the skid to stop (more-modern gliders have conventional wheel brakes). The wingtip doesn't come down until he's actually stopped altogether. Before that, he keeps the wings level with the ailerons.

Modern sailplanes have 2 or 3 wheels on the CL and skids or tip wheels to protect the tips. Hull type sea planes have no wheels. You are thinking of hull type amphibians. They have to go up and down ramps and deal with beaching. Cl wheels with outriggers would be more problematical than more conventional gear. Apples and oranges. 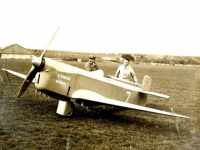 Hmmm, it might need a little more work . From the Wikipedia page on the Farman F.380:

The F.380 was a low-wing monoplane that first flew in 1933 .... It was entered into the 1933 Coupe Deutsch de la Meurthe air race but the landing gear collapsed at the start of the race.
Click to expand...


Vigilant1 said:
Hmmm, it might need a little more work . From the Wikipedia page on the Farman F.380:
Click to expand... 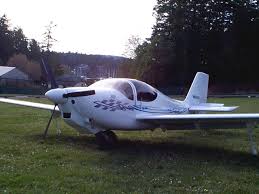 There's a few more
B

mm4440 said:
Modern sailplanes have 2 or 3 wheels on the CL and skids or tip wheels to protect the tips. Hull type sea planes have no wheels. You are thinking of hull type amphibians. They have to go up and down ramps and deal with beaching. Cl wheels with outriggers would be more problematical than more conventional gear. Apples and oranges.
Click to expand...

I don’t think you get the point,I didn’t ask if they could use the same wheels I asked if they could use the same idea.
Perhaps it’s just me but I find it incredibly rude when somebody tells me what I am thinking.
We’ve actually had a very good conversation in this thread about the forces involved in the way that aircraft have been balanced on landing. (Is it still landing when it’s on the water? To say a plane is watering just doesn’t seem right).

They all need outriggers, except the Taylor Coot on water that I mentioned (post 30).
P