As some of you may remember, around ten years ago I escaped from the future prison camps to the north and moved south of the equator. I ended up building a place which is very close to the top of the Andes mountain range in the southernmost part of Ecuador. We can drive to the top in around an hour, and can see the continental divide from the house.

I've been imagining what kind of plane would work in this kind of area, which calls of a description of the terrain. It is all very steep here. The only flat and level spots anywhere around here are made by excavators. There are no airstrips around here. The closest airport, which is for passenger jets, is far away. We do have one flat spot, it's about a hundred meters long, with steep slopes rising at one end, and with the other end facing a high cliff. The winds are turbulent and can switch from one direction to the other in a second.

So, the plane which I think is required would be a very low aspect ratio plane, like a Zimmerman style. This is so it can have a very slow and steep descent, with a super fast roll rate to deal with the turbulent wind conditions. At some times of the year the wind is pretty mild, ant other times, the birds are walking. It needs to have a very low wing loading so that it's a'floater', can't stall, and can descend almost like a parachute.

I was thinking that the reverse Zimmermans are a little more efficient, but those have the center of lift too far back and therefore the visibility is completely unacceptable and unsafe for steep landings.

Concerning taking off. It needs a relatively powerful engine so that it can make steep climbs. I envision something like an ultralight, but with a 'cheater' engine. I haven't checked the ultralight rules here, but the ting is that no one is checking and no one cares, therefore a more powerful engine is indicated.

I'll never consider a plane like the kind of ultralight where the pilot is below the wing, sitting in a trapeze of flimsly tubes and wires. The pilot needs to be sitting on top, and right at the front edge of the wing. To get it balanced this may require the engine to be behind and below the pilot, with a drive shaft going between his legs to get teh propeller in front. Also it needs a very large diameter prop for that good old helicopter like cling performance. Maybe a good engine would be something like one of the 900cc industrial V twins.

Here's a couple of pictures of my land to give you an idea of the landscape. There are usually strong steady winds blowing sideways across the ridge top road in the second picture.

I think you should take up paragliding and just launch from that road... You can add a powered backpack if you were worried about landing out in one of the ravines
S

That is a good idea, a powered paraglider might be just the thing for this area ... and easily foldable too. Landing in one of the ravines around here could be a really bad idea.

Starjumper7 said:
That is a good idea, a powered paraglider might be just the thing for this area ... and easily foldable too. Landing in one of the ravines around here could be a really bad idea.
Click to expand...

If it is as turbulent as you say, you may have a narrow flying window, but then if the launch is in your back yard than who cares... Fly when its safe. Relax when its not.

None of the above unless you've got insane amounts of mountain / back country flying experience... Maybe with a hang glider; I'd bet the hang glider folks would tell you that's probably not suitable too.

And what's the altitude?
S

The altitude here is 7000 ft, and the nearby continental divide is at 10,000 ft. At times there is little to no wind, but usually there is enough wind to make a hang glider unacceptable, I think.

Starjumper7 said:
usually there is enough wind to make a hang glider unacceptable
Click to expand...

What an ambitious necessity!

Canova's planes are more My style than Zimm's.
One of the Kohlers V-twins is a 3 valve, albeit of
an odd linkage. I just about got that breather seat done.
You could put it on a plyon, thrust vector on high!
Or splurge & go for dual props. On a serious note
you might want to blow the wings through a slat. 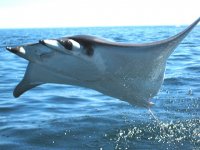 That sounds like an ideal application for an Aerospatiale SA315B Lama: Aérospatiale SA 315B Lama - Wikipedia

Not much else will cope with those conditions.

Hi Starman,
Can you find a thousand feet of cable?

How's life down there?

Pilatus Porter was designed for those conditions as well. Neither the Porter, the Lama, or anything else that could routinely operate off of that parcel of land... will be affordable for most people.

There is one homebuilt plane that I know of that was specifically designed for mountain flying including mountain rescue, the Peña Dahu. Even lightly built and operated as a two-seater, the Dahu is not suitable for a 100 m runway in those conditions. See Avions Peña

There are plenty of microlight aircraft that could manage that takeoff and landing run, but you are talking about light aircraft with low wing-loading even if they have good power so they are very susceptible to turbulence. The long-wing Sky Ranger with a 100 hp Rotax would be a good example.

Still, that's the kind of operation that you might get away with on an especially calm day, but do it regularly and sooner or later the turbulence and updrafts/downdrafts in that sort of environment are going to bite you.

cluttonfred said:
There are plenty of microlight aircraft that could manage that takeoff and landing run, but you are talking about light aircraft with low wing-loading even if they have good power so they are very susceptible to turbulence. The long-wing Sky Ranger with a 100 hp Rotax would be a good example.
Click to expand...

He pretty much needs Draco... Kind of doubt there's anything else that even could have the performance needed.

Call me nuts, but I've never seen the stol cowboys play on anything approaching that ridgeline; or that altitude.
M

Neither would be practical on a regular basis, but a paraplane could fit the bill on an intermittent, rare stable day basis. At that altitud, In half that distance. Self launching hang glider would also do the job, bit not as well or as safely. And the ability to return to the launch area would be as up in the air as the launch windows.
S

As ugly it is in aesthetic and aerodynamic form Skyranger is, it is fully modular and easy to add new things - i would make Tailwind W10 styled wing tips / Or Strojnik version of them for skyranger if constantly need to operate in high altitude. And remove then when not needed.

And big big plus of Skyranger - after improper landing, you only order some tubes and you are flying in next week or two.

On wooden or fully composite - it is not as easy.