Well, almost free. Give me $5 for the bother of packaging this up and pay for shipping and this miniMAX fiberglass headrest is yours. Measures about 35" long, 10 1/2" tall and about 9" wide. It came off of a damaged MiniMAX that I parted out. Fiberglass is good, no cracks. 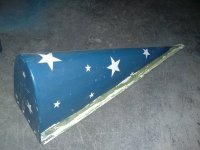 Lynn......can you tell me what part of the country that part came from?
That looks like the headrest from my friends plane.
Don's Minimax was actually used for TEAM's advertisements......his plane was a one of a kind paint scheme at the time.... red-white-blue with stars and setting in front of the creek by our hangars in the company's advertisement pic.
He sold the plane a few years back and has regretted it ever since.
If that's his headrest I would like to get it back for him.

Based on that history I don't believe it's from your friend's plane. The plane the headrest is from was built in Missouri, around Kansas City I believe. The owner moved to St. Louis and had the plane at a mostly ultralight airport near Columbia, Il. The large barn tuned hangar that it was in was hit by a storm/tornado and some of the planes were "stirred" around inside. The MiniMAX was blown into a pole in the building and suffered a damaged wing and fuselage. I bought it from the builder/owner in hopes to rebuild it, but it turned out that the damage went deep enough that I decided not to rebuild but was able to sell many of it's still useable parts.

Lynn you had me eyeballing it rather close but I'm afraid it should be used for what plane it was made for not the Taylor-m. I'd hate to see it get cut down for a different application to a wood surface. I hope you find a good home soon for it.
L

I understand, Don. It's one of the last remaining parts I have and just can't bring myself to discard it. I've been dusting around it (just kidding) for a few years already so I can wait a little longer for someone who can make use of it. At $5 for messing with boxing & shipping it, and the cost of the ride, I can assure you I'm not in it for the money.

Thanks for the info.......
Don's plane was one of the early Minimax's and had a very unique paint scheme on it,someone must have copied his colors along the way.
I'm glad it's not his headrest because that means his plane is still out there somewhere.....

The headrest is still available and the offer still stands. $5 to package it, plus actual shipping.

Lynn,
Is the headrest still available ?
I'm setting here talking with the builder of the Z-Max that was used by TEAM Aircraft......he swears that headrest is his.
If it's still available I will take it.....

Send me your shipping address via PM and I'll get the price on shipping.

Did you get my last message with my address ?

Kevin.....yes, I got the message but checking on shipping just slipped my mind. I'll try to get it done tomorrow.

No worries......take your time.
You know that I want it and the reason that I want it....that's all that matters.
Timeframe isn't an issue..... 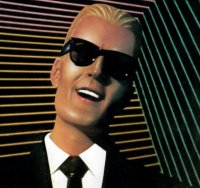 Kevin.....I finally remembered to get a shipping quote on the headrest. Check your messages. Sorry for my delay caused by my condition....CRS