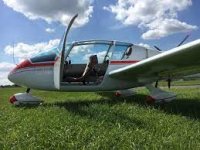 A rather easy entry, no?!

That's one of my favs. Not enough to change my current build, but...

Although, I'd much rather it had conventional landing gear.
B

I already picked up that phone. See Marek Ivanov Designs. I would love to learn more about that design, though. Plans or kit? Construction? Specs?
Last edited: Jun 17, 2022
T

Too easy: I am not dead yet! An entry style of a glider suits me just fine and will decrease weight / increase structural rigidite.

As normal with such things / cases I dream about them: the nose wheel of the single seater Verhees Delta seems to be designed for the application. Mr Verhees lives less than 80 km from my door and for Czech Republik I do not need to cross the pond called the Atlantic Ocean.

I saw a very similar aircraft some years back and so I woke up to get the computer running . The Airsport Song... as luck would have it: designed by a certain Marec Ivanov. Bloody small world!

The Whing Ding successor is named Dingo, by the way. If the cost are remaining low, they are going to be sold in respective quqntities, I believe`!

I am pretty convinced that if Marec Ivanov got in contact with Nedo Lavorini, a Italian experienced superlightweight all alu-designer/constructor, some very sweet ultralight design would be born.
You can read about one of his last projects at: Lavorini electric Flying Flea

His very first project was a small wonderful machine. Again ... all alu.

Ivanov has posted in a FB group for ultralights.

J.L. Frusha said:
Ivanov has posted in a FB group for ultralights.
Click to expand...

Which one of the groups?
P

Here is a link to Mr. Ivanov's profile on linkedin maybe someone wants to try to see if he speaks english? https://cz.linkedin.com/in/marek-ivanov-33957a50
S

Another design of him, more for the comfort seeking pilots
Click to expand...

erkki67 said:
Which one of the groups?
Click to expand... 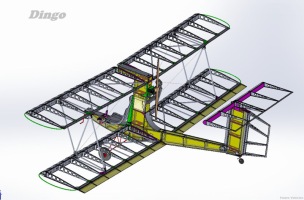 what is this called and when and where is this available? More info please

saini flyer said:
what is this called and when and where is this available? More info please
Click to expand...

Name of that airplane is Sparrow 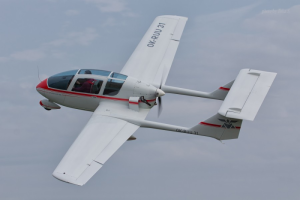 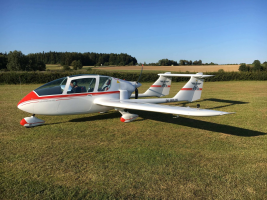 Thanks for the link.

Maybe me or an optical illusion but the picture of both men standing in front of the Sparrow at FH2014 seems weird with the aircraft looking massif and big compared to both persons.

A lot to be liked on the exception of the engine, which was probably dictated the combination of its weight and pusher configuration.

from the website in Czech:
"Behind the creation of the ultralight aircraft, which bears the name DINGO, is none other than Marek Ivanov. At the beginning of 2021, the first 3D images were shown to the entire Future Vehicles team, who decided that something like this had its place in the sky! "My long-time dream was to build something like Hovey Whing Ding because I like it, but a little bigger so I can fly it." Ing. Marek Ivanov Chief Designer DINGA
That is why part of the team headed by Mark embarked on a detailed drawing of the individual sections of the airframe, where the weight, production technology, practicality, simplicity and, last but not least, the appearance of the aircraft as a whole were decisive. It didn't take long for the parts to form the individual parts of the aircraft. In the autumn of 2021, the fuselage was riveted, followed by a rudder, stabilizer, landing gear and at the end of the wings. During production, there was also room for improvements to some parts that were retroactively entered into the 3D model, which already seemed to be final.
At the beginning of 2022, the whole team was looking forward to the arrival of the engine, so we took advantage of the time and successfully carried out the strength tests. After receiving the engine and other necessary parts, nothing prevented the aircraft from being completed. Flight tests are currently underway on the first prototype, which show us that we as a team have taken a step in the right direction at the beginning of 2021! The first flight of the DINGA prototype was made on 22.6.2022 at the Jaroměř – LKJA airport. "Flying with DING is the second most fun option for me to fly, right after aerobatics." Ing. Jan Jílek Test pilot
RATINGS Wingspan 6.57 m 21.56 ft Wing area 12.55 m2 135.1 ft2 Hull length 4.45 m 14.6 ft VOP span 2.24 m 7.35 ft GCT Area 1,68 m2 18,1 ft2 Empty weight 95 kg 209.4 lbs Max takeoff weight 220 kg 485 lbs Tank capacity 10 l 2,64 gal (US) Average fuel consumption 5 l/h 1.32 gal (US)/h Maximum multiples +4 G / -2 G +4 G / -2 G Flight speeds Max. speed Vne 100 km/h 54 kt Max. speed horizontal 7800 rpm 70 km/h 37,8 kt Cruising speed 7000 rpm 60 km/h 32.4 kt Stall speed Vso 40 km/h 21.6 kt Power unit: Two-stroke air-cooled single-cylinder Vittorazi Moster 185 with manual starter. Content 184,7 cm3 25 HP /7800 rpm performance Propeller Helix H30L 1,3m- L-M-08-2 ∅130 cm"
and the FarceBark page: https://www.facebook.com/groups/831009727873862