Making an "obsolete" fighter into an unlimited racer !

Do you see there is any sense in this ?

Tripling the horsepower....and other refinements.

Yes we finns even made a copy of it called HUMU ( hype )...after we started run out of originals.

You could say that.

I try to make the wing into F8F direction....perhaps with slightly thinner foil.

I may end up having just R/C model of it. 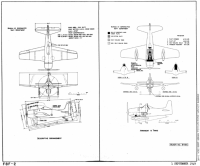 But I think it has potential.

Original HUMU was much heavier that model 239.

So as the Rare Bear is able to carry R-3350...I figure redesigned Brewster ought to withstand R-2800.
This would be about 1 metre shorter than the Rare Bear.

Later versions of the Buffalo were heavier too.

The days of upgrading and hot-rodding old warbirds are dead and gone. To have a competitive racer today requires a clean sheeet.

Forget Unlimited. Too limited, ironically.
Sport class hasn't even come close to exploiting the full potential of the rules.
T

You are showing off more money than you let on if you can build a Buffalo with a 2800 from scratch.
L

My guess is that in a few years, the sport class will be just as fast as unlimited.

Victor Bravo said:
The days of upgrading and hot-rodding old warbirds are dead and gone. To have a competitive racer today requires a clean sheeet.
Click to expand...

TFF said:
You are showing off more money than you let on if you can build a Buffalo with a 2800 from scratch.
Click to expand...

Maybe I am a gambler too.

lr27 said:
My guess is that in a few years, the sport class will be just as fast as unlimited.
Click to expand...

The fastest sport class racers were faster than many of the unlimited this last year (2019).
Last edited: Feb 3, 2020

How many of you has extra R-2800s lying around in your hangers ?

Victor Bravo said:
The days of upgrading and hot-rodding old warbirds are dead and gone. To have a competitive racer today requires a clean sheeet.
Click to expand...

But cars can be made to look racy too.

That is irrelevant. The R-2800 engine is still a perfectly good choice for an unlimited racer today, just as it was after WW2.

The problem with your idea is that the Brewster Buffalo is by far not the correct design for a racer. It was not a particularly fast aircraft at any time since it was first flown, and this has not changed in the last 80 years. Considering how few Buffalo's were built, and how few survive today, it would be a poor decision on every level, from historic preservation to racing competition.

The R-2800, mounted on another aircraft that is farl ess historically significant or rare (The Yak-11 trainer) has created a very usuable and competitive unlimited racer.


Sheeessh !!! And youse-guys want to build just another almost-the-same ‘critter’ as everyone else is flying ???? !!!!


It comes to my mind that the only significant innovative ‘things’ which I have seen there are vapor phase cooling, and (years ago), the clean-sheet Pond Racer.


At Reno, I was talking with an Aerothermodynamicist, (my thesis field) whose name, I no longer recall, but his was on more than half of the landing gear doors present.


My question was about vapor phase cooling endurance, and he noted that at low power, it was pretty good, with the P51 – so rigged -- having flown from Portland to Van Nuys.


The Pond Racer sounded like an immense window fan. He remarked that they were going to need to automate a lot more things, because the pilot workload with cooling doors and spray nozzles and all else was overwhelming. Unfortunately, no longer needed.

The Reno Go-Fast Sports Racer Rules: … ‘Aircraft are to be powered by an internal combustion engine or engines totaling no more than 1000 cu in.’

I’ve neither seen, nor heard any talk about a pair of 495 cu/in seriously hot engines installed in an appropriate --- say a tandem engine / tilt-wing / extension shaft airplane.

Of course, the extension shaft is no casual thing. A comprehensive dynamic analysis is in order, along with appropriately measured results. The development of such may well be made easier by using a clutch to de-couple the shaft during start, and up to some certain rpm.

BTW, a seriously dangerous soul is one with a shop full of high tech tools who can craft a PSRU, but is ‘unlettered’ in his ability to technically analyze the dynamics of his ‘creation’, nor is he capable of measuring the result.

Tandem engines were figured out by Bugatti 80 years ago. Too bad that the beautiful replica airplane did not have a proper dynamic shaft analysis / measurement. What I read about the loss was ‘clutch failure’. I’ll bet that a lot of unplanned for torsional dynamics were very involved with that clutch failure.

The wetted surface of such an airplane could be about the same as a single engine critter, and with twice the HP, I suggest that a well-done airplane like that would absolutely rule the Sport Racers, and scare the crap out of the unlimited guys.

WHY is such an airplane not seen??? I cannot be the only guy to have had such ideas.