Fighting 14, I've found four excellent websites which deliver a great amount of detail and excellent photographs of the Sopwith Schneider including the taxiing replica at Thorpe Water Park. The description from 'Flight' on the Ru site is quite extensive and much dimensional detail is provided as well as a general arrangement drawing. Something I had failed to note earlier was that the Dragonfly-powered Rainbow variant had its wingspan reduced by 3' to 21' span, which puts it close to Flitzer-sized! It also had the back stagger of 2-1/2" reduced to an orthographic stagger, ie zero.

I don't think it's possible to send these web pages direct to the Homebuiltairplanes site, but if you furnish your email address to me at <[email protected]> I'll send it all on to you.

One last thing, if one were considering a 'replica', slightly downsized from 24' span, say to 21' with a reduction in wing chords (so as not to have too low an aspect-ratio), so that the machine would have a power and wing loading appropriate to a 'racer', also stretching the nose slightly to fit a Verner 9-cylinder 160 hp. radial, this would be an acceptable replica of G-EAKI and have a scintillating performance.

I think this could be achieved, but it would most likely have challenging characteristics - not for the faint hearted! :0)

I have indeed been busy paragliding and giving the Rans S6S an oil change and installing new ignition units to replace the, frankly crappy Rotax ones. among other little bits of maintenance, one thing a float plane is good at is requiring maintenance! . Wow! What a treasure trove of pics and info! Flitzerpilot I’m so impressed with your designs and your ability to churn out so much work! Your Z2 on floats would be epic! If one of these Saudi princes who keep requiring my bank acc details to deposit millions into would actually follow through! I will build one

What part of England are you in? My wife is from down south in the Portsmouth area. I would love to come drawl all over your drawings and aircraft parts next time I’m in your neck of the woods. I might be there in mid 2023…
I’ll be leaving drawl marks all over Fighting 14th’s N3N and other flying toys in his hanger when I visit him!
A golden age of float racing series would be epic on our lake Wakatipu. Can get a chop on in wind but normally one of the arms is fine due to its shape creating a lee side somewhere.
It would require some folks to put some serious capital into building the aircraft!
There was talk we where getting the Red Bull air race here, I hope that becomes a reality.

Being immortal would not be wasted on aviation folks such as us! Imagine what we could achieve

I had better pull finger and finish this Jungster 1. Ordered aluminum for fuel tank and some TIG rods. Time to teach myself aluminum TIG welding, I see a bunch of melted blobs of aluminum in my future.

Pic of mint little mountain lake I visited a while back. Be even cooler in an open cockpit bi plane on floats!

Bit of fuel tank mock up and pattern making, bit of a complex shape to fit with the fuse crossmember gussets.

Yes, my plan of living forever to complete all my winged dreams is going OK so far.

I have replied to your email direct with some more pictures. More to come!

Flitz, thanks! I will be back in touch and I will take you up on your offer. We are in Colorado. Need to race back North to North Central Wyoming at first light tomorrow. Snow storm and 5 days of snow wind and bad weather will shut us out if we don’t scoot. Nice news from you Dominic. Thanks for the pictures you guys!! Yep you could duplicate the Schneider and call it the Queenstown Cup or maybe the Domineider Cup!

Made it back this morning.

Rough flight. Snow showers all quads by the time we landed. Lotta rotor and weather going on its' arse. Not an enjoyable flight!! Fortunately the wind was mostly down the runway.

Dom, is drawl the same as drool? The Drooling Kiwi ? I like it. Good name for a Queenstown Pub!!! Looking forward to being there!

. Flitzerpilot, thank you so much for sharing so much great info and so many great designs!! I want one of each!! Your Cleveland 200 and the Tiger are at the top of my list right now, until you show me another one!! 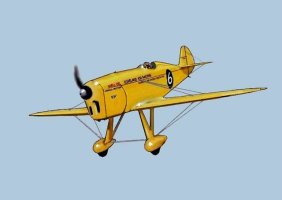 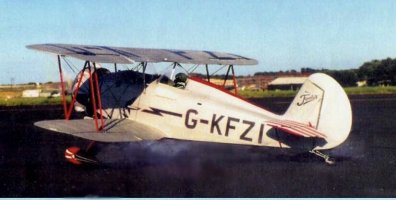 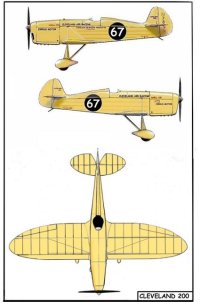 Thanks for the comments, but the KFZ-1 isn't the Flitzer Tiger. The Tiger is the F.2 which I'll send a picture of later. The KFZ-1 (G-KFZI) was a much earlier design, constructed around a 90hp Salmson and known as the Tigerfalk - inspired in part by the Raka 26 Tigerschwalbe.

This actually preceded the Flitzer Z-1 and series, these being much simplified initially, although later Flitzer types, such as the Z-1R, have come to match the relative 'sophistication' of the KFZ-1 with its balanced controls and semi-symmetrical airfoils.

So many aeroplanes, so little time, etc.

Thanks for the comments, but the KFZ-1 isn't the Flitzer Tiger. The Tiger is the F.2 which I'll send a picture of later. The KFZ-1 (G-KFZI) was a much earlier design, constructed around a 90hp Salmson and known as the Tigerfalk - inspired in part by the Raka 26 Tigerschwalbe.

This actually preceded the Flitzer Z-1 and series, these being much simplified initially, although later Flitzer types, such as the Z-1R, have come to match the relative 'sophistication' of the KFZ-1 with its balanced controls and semi-symmetrical airfoils.

So many aeroplanes, so little time, etc.
Click to expand...

Lovely picture of ZIRA. Don't think I have seen it before. Patrick flying?

Yes, Patrick is flying his Z-1R in that picture. He continues to extend his aerobatic prowess by stages as far as I know, but the aeroplane itself has a lot to teach. I think its limitation would be the geared Rotec radial which is not considered an 'aerobatic engine'. I would think that the direct-drive Verner 7U is a better proposition, although I do not think it is advertised as such either. Probably a tried and tested Continental or Lycoming installation within a cosmetic radial cowling would enable unlimited aerobatic manoeuvres for which the airframe is stressed.

Here for ref. is the F.2 Tiger. One is under construction in the USA and another planned in NZ. Perhaps you and Dom could visit this gentleman during your visit. He is currently restoring a Tiger Moth and has built and flies a beautiful Acro Sport 2 (attached) while his wife flies a Bolkow Jr. I'm sure you'll find a lot in common. The F.2 illustration is shown in Ukrainian colours. I also attach a front cover of Annette Carson's 'Flight Fantastic' with the Flitzer Z-1, D692, superimposed. This excellent book was published in 1986 and occasionally an example appears on Ebay , as you'll know.

A big day for a homebuilt is the day you finally take the airplane to the airport. Here is a pic of that day when F-14 came down the mountain to the hangar. Save it for your chronicles Dom. I look forward to the day you get yours to the flying field!! 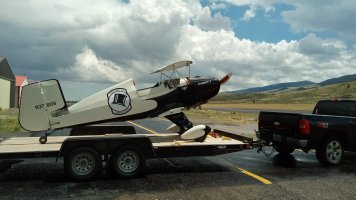 I’m really looking forward to that day!
It’s not really that far away, but finding / choosing an engine is slowing things up. I’m sure if I had all the parts and covering etc.. needed here, 2 folks on it would have her flying inside 3 months.
But I bet it will take me 2 yrs

You'll get there. Keep on keeping on. One job at a time.