Is it time Yamaha got its own section in the conversion dept....

I know about the Cub guy. He has money because he is playing in a competition environment. My guess is he has $100,000 in playing with engines.

TFF said:
I know about the Cub guy. He has money because he is playing in a competition environment. My guess is he has $100,000 in playing with engines.
Click to expand...

Looks like Mr. Henry is asking $22,500 for a full firewall forward Yamaha engine kit. That is WAY more than what the folks at Mohawk want. Now that I have a way to contact him, I will inquire as to why. He looks to be a big supporter of the engine! 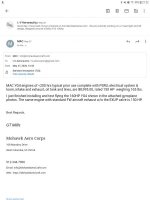 I think he has three of those engines.

cblink.007 said:
Steve Henry who is probably the highest visibility Yamaha operator, to get information from him.

Or, Mr. Henry, if you happen across this thread, please, chime in!!
Click to expand...

I only met Steve a couple of times, but he seemed to be a very good guy when I met him. Obviously a good pilot and talented/safe to live through some extreme flying, but more than that he seemed to be a very genuine guy to me. This was 10 years ago... with all his high profile success and celebrity status nowdays, he might have gone totally Hollywood and you have to call his agent and handlers to get an audience with him

way_up_noth said:
If you look up Facebook picture verification ...,happening to random users.... it’s a real thing... you will log on one day and bam... you’re locked out unless you upload your passport photo or very clear selfy...

Apparently it’s been going on since 2018... another way Facebook is making money selling your biometrics to friendly governments like China ...

Until it happens to you it doesn’t exist... but one day soon you will be staring at the same verification screen I was and realizing 1984 is right in front of you....and how evil Facebook is...now you have to agree to be tracked indefinitely ...in my world only the wife gets that info
Click to expand...

Up load a random stock photo from the web.
Bob

robertl said:
Up load a random stock photo from the web.
Bob
Click to expand... 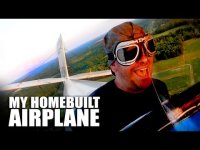 way_up_noth said:
Facebook won’t let me make an account unless I upload a clear picture of my face...they are asking for my passport photo... let that sink in... I’m not trying to use marketplace .. just read the Yamaha forum.., it’s gotten scary ... but that’s where the Yamaha conversion guys put thier forum

Question for you... did you do your own wiring harness trimming?..,, a member is offering to trim the harness for $500...but I’m wondering what he does for that...or if you could just use the harness as is...& live with the extra wires

Is the high coolent temp the only limp home mode the ecu has.., so just don’t hook up the temp sensor to ovoid that?


Thanks
Good luck with your build
Click to expand...

Give it or sell it?

FB is full of “Legends in their own mind” this is why, for better filtered information, the forum will quickly identify the troll. I basically lurk on FB.
P

cblink.007 said:
Its not that there would be a problem per se, but I simply choose to avoid any potential FB related problems.

Case in point, a very close friend of mine was going through a divorce. Everything seemed okay until he was made the subject to a command investigation... a FB account that had his name, pictures, etc on it, was found that had a treasure trove of incendiary, hateful and racist material on it, and also suggested he was having an affair while married. It took 4 years of hell for him, to include a disastrous Board of Inquiry (where the panel actually recommended a discharge under Other than Honorable conditions), all since invalidated, to finally arrive at the facts that his ex-wife, her brother and her closest friend, all conspired to destroy him. Yes, he was ultimately cleared of all wrongdoing, but his career and reputation as a great pilot and leader were irrevocably tarnished. A graduate of the Air Force Academy, dual-rated F-117 & F-22 pilot, Aerospace Test Pilot School graduate and likely future astronaut, he ultimately resigned from the service (Honorably) & restarted his life, far from aviation. Because of a spiteful ex wife, ex brother in law and another willing accomplice who figured out how to get into his FB with nothing but malicious intent.

This is why I avoid it like the plague. My personal & professional life, both highly intertwined, cannot afford something even remotely close to what happened to my friend!
Click to expand...

way_up_noth said:
I think the time has come for Yamaha to get its own section....
Click to expand...

OK, the Yamaha sub forum has been established under Auto Conversions. I am moving existing threads on various Yamaha engines to that sub-forum. Enjoy

wsimpso1 said:
OK, the Yamaha sub forum has been established under Auto Conversions. I am moving existing threads on various Yamaha engines to that sub-forum. Enjoy

Minus the FB posts!

You are close but off the mark. Read the post. A fraudulent FB acct led to a false doxxing which led to some serious legal problems to a ranking military officer, and it ruined his career as a result. All because an ex wife wanted revenge, and the military command ran on the bulls**t allegations she put forth.

I am done talking about f***ing FB.

Hey all, can we talk about the engine? Please??