Doggzilla said:
Was just looking at the Vought `V-173 flying pancake and saw that it had almost identical performance to a Cessna 172 despite having far better takeoff and landing characteristics. In fact, it has extreme STOL capabilities.

It also has extremely good forward and downward angle of view, and HUGE internal volume.

It seems to me that this layout would make an outstanding cargo or utility aircraft. And may be a good candidate for the new generation of hybrid engines, as volume and engine placement are not a restriction. 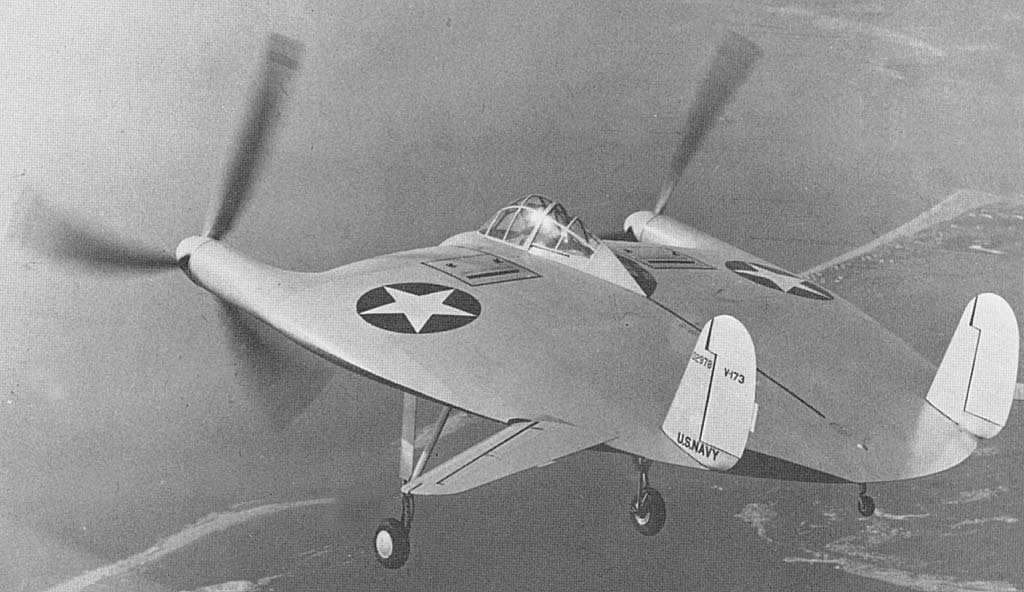 The V-173 flew well because it was lightweight enough to fly well. The XF5U was much heavier and more powerful and never flew. Due to its weight, it was not going to be STOLE in the same way as the V-173, nor would it fly fast like Navy jets that were enabled by the invention of the catapult launch.

Low aspect ratio aircraft work well when the aircraft is light enough. Make them heavy, and it may well end up on the bad designs list, especially if underpowered as well. Because of the low-aspect ratio, the wing loading will be in a completely different category from typical aircraft designs. If you can maintain a similar span loading and power loading to traditional designs, it will likely perform similar to the traditional designs.

Barnaby's Facetmobile is a good example. It is a low AR design but it's span loading was similar to other small 503 powered aircraft. This was accomplished via a strong lightweight internal truss frame with fabric covering. This kept the weight low even thought the plane's skin area was very large compared to traditional designs.

V-173 was wood and fabric. The XF5U was metal stressed skin with large area; that makes it heavy.

Keep your design light with reasonable span and power loading, and you will likely fare well. Adding a couple counter rotating helicopter blades for propulsion and the STOL performance will likely grab attention.
---
PS - I'll note that configuring those 2 helicopter blades Chinook style may not grab attention as well, but may actually make for a more useful and practical STOL aircraft.
L

STOL is about having enough thrust to match drag at low speed, weight on its own doesn't matter much. The V-173 had a power to weight ratio of a bit over 14, not very far off the C-152 which is around 15. But it had gigantic props that were geared down to under 500rpm that generated a large amount of thrust at low speed, thus the high drag of a low AR wing at high AoA was countered by the large amount of thrust at low speed. That is the key to the aircrafts STOL capability more than anything else.

The XF5U had a much lower power loading, on the order of 6 lb/hp.
D

Bill-Higdon said:
William Fike in Anchorage did some experiements on this back in the 60's & 70's it culminated in the Fike E
Click to expand...

all I can find on the fike e,so far, is that it was of geodetic construction,and that it was flown from anchorage to oshkosh
doing a image search reveals that alaska is sort of an open air museum of broken aircraft
P

One Fike Model E was built from plans. The File Model D plans (nothing stellar) are Fike's design book.

You don’t need the complication of dual propellors, gearboxes etc to build a small STOL airplane. You need a low wing loading, reasonable power loading and a planform that doesn’t stall or spin. Something like this. 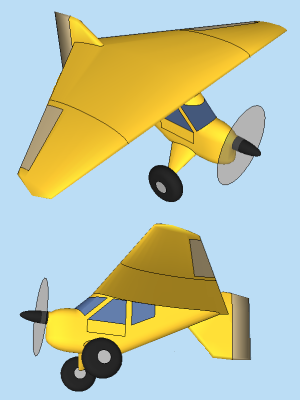 SamP said:
I just found this thread. Aside from making me hungry, I've been fascinated by the flying pancake for its performance.

Are there any simple first order analytical approximations / equations to help apply its unique features to other designs? I dug through some textbooks but haven't found anything

It supposedly had great STOL performance because so much of the wing was getting blown by the big propellers that it generated lots of relative wind over the wing, therefore lots of lift even at a standstill.

The counterrotating propellers helped with cruise speed by canceling out the wingtip vortex, making for a higher effective aspect ratio. Not sure how to calculate the AR change. I think it would be a function of the propeller length, rpm and maybe other things as well?
Click to expand...

Found a CFD analysis of the aircraft

SamP said:
Found a CFD analysis of the aircraft
Click to expand...

Good write-up. Haven't dug too deep into the methodology (how they're dealing with the props is not immediately obvious to me), but the section around Figure 9 about propeller-induced delay of stall is pretty interesting. I do wish there was an overlay of the CLalpha and CDalpha curves for the prop / no-prop conditions, I'm curious how much the props effect the CL at a given angle, or whether it's mostly just a delay of stall.
You must log in or register to reply here.
Share:
Facebook Twitter Reddit Pinterest Tumblr WhatsApp Email Share Link