I have to say it looks neat.
T

Unless it actually had to have flown. There were tons of failed homebuilts for years before then. Then there was also Icarus.....
T

Like anything where is the line in the sand? I draw the line as successful flyer. Really the last Wright glider is probably first. The others before are important; I don’t discount their place in history. I generally think of homebuilts as hobby airplanes which isn’t the Wright. It’s the first benchmark so it’s really hard not to include it. Real homebuilt hobby planes before 1938 required no license. They were not allowed after 1938 until 1952 and George Bogardus. EAA has first plane certified from the 1952 rules. What is first? They are all cool points in history. 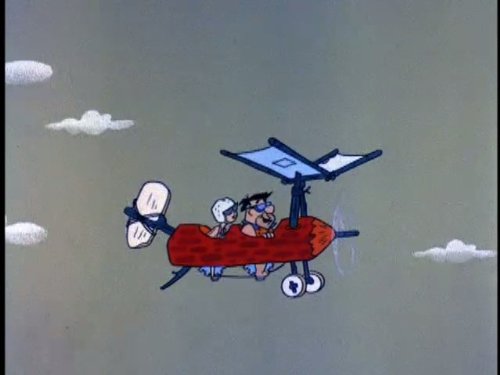 And I doubt the hollowed out log would meet part 103 weight restrictions. Would meet the fuel restriction though.

There were successful gliders before the Wrights, weren't there? In any case, I'd categorize the 1903 as the first homebuilt.

First homebuilt? Surely not, by a long shot. Every student of aviation history knows that Gustave Whitehead had Terle beat by nearly three decades.

Hephaestus said:
Y'all are ignoring lilienthal - you know that guy who somewhat pointed the wrights down the path to success
Click to expand...

Lilienthal "pointed the Wrights down the path of success" with his incorrect lift tables? They had to throw out his work and do their own research. This is not a subject of debate; volumes have been written on it.

The Wrights pointed their own way to success, period.

mcrae0104 said:
Lilienthal "pointed the Wrights down the path of success" with his incorrect lift tables? They had to throw out his work and do their own research. This is not a subject of debate; volumes have been written on it.

The Wrights pointed their own way to success, period.
Click to expand...

Lillienthal was an inspiration to the Wrights. He was, along with Octave Chanute, the impetus that started them along their path to success. Lillienthal was, just before his death, the most-successful person to date at heavier-than-air flight. His conclusions were wrong, his tables of airfoils were wrong, but he tipped over a domino that ended up with the first successful heavier-than-air flight in human history. He practically invented weight-shift flight control.

He definitely has his earned place in the history of aviation.

Always interesting touring history.
The computer, like the airplane, also has a "First Ever" cloud over it.

I was looking at pictures of a classic wooden glider that had the original Betsy Ross 13 stars and stripes on the rudder. And it just got me to wondering if such a glider, had aerodynamic theory taken some earlier strides, been possible to see (and perhaps even practical/useful) during the late 18th century?

Wonder if any serious thought experiments along such lines have been done and/or written about, or if there's any interesting thoughts to extrapolate. For example if say a Newton or Bernoulli or other figure of legend had observed a kite or large sail one gusty day and thought to explore the concept in more detail to the point that they had worked out generally what the Wright's came to, only 1-200 years prior?

Not thinking powered flight of course, but just the ability to build a practical controllable glider that could be ground launched via some considerable catapult/trebuchet and rail system, in an opportune area and make a more than trivial flight.

Is there some fundamental technology of manufacture or hard walls in the science between say 1600 and 1900 that stood in the way of such a thing, or was it only a matter of no-one with the mental aptitude having the time/inspiration to go down the right path?

I could imagine some scientist working near a shipyard employed to help figure out sail technology, watching some kites on a gusty day and start putting some pieces together over a period of a few years. After 10 years of study and help from some incredulous shipwrights, I could imagine them able to create something of a simple glider. Combine that with some military engineers helping to build a large catapult system, and you might have ground launch manned gliders capable of doing things like battlefield reconnaissance or courier service by the mid 1700's.
P

Think we’re gonna have to consider the Wright brothers to be the first successful amature homebuilding operation.
T

Think about how wind and weather were described through the ages. When did it become less voodoo and more science?
In mid 1700s how was someone going to apply Bernoulli with the speed of information and testing principles of the day? Things did take 100 years to find an application back then. Things took off after the US Civil war just like WW11. As things were spread to the common man, more people were able to think up ideas. The Wrights were at the tail end of one way of life, and their creation helped create the other. The Wrights distilled what was known and figured kites were not the way to go. Don’t catch the wind, control the wind. It might be Social Studies but you were taught by 9th grade pretty much everything that was known the previous thousand years.
A

I love this quote from him:

Workers must root out the idea [that] by keeping the results of their labours to themselves[,] a fortune will be assured to them. Patent fees are much wasted money. The flying machine of the future will not be born fully fledged and capable of a flight for 1000 miles or so. Like everything else it must be evolved gradually. The first difficulty is to get a thing that will fly at all. When this is made, a full description should be published as an aid to others. Excellence of design and workmanship will always defy competition.
A

The definition of "successful" has to be made before you can say who was "first".

I'll give George props as doing actual science on flight, as opposed to just building a thing and flopping off a bridge or tower. Some of the earlier dives off heights may have done glides and landed without destroying the machine, but a rich important dude who documented his ideas better, even if he didn't write down WHO actually flew his gliders, is going to get credit.

Looks like "unknown 10 year old boy" gets the First Pilot's credit? They can't even agree if it was George's Butler or Coachman or "Employee" for the later, more famous "first flight". But I have ZERO doubt others flew before, but are forgotten.

But George didn't fly repeatedly, I flew more often between repairs, and total flight time FAR greater than George's coachman, with a wood and poly tarp Rogallo Batso knockoff from plans, I wasn't the first. I did fly, break, fix, and fly again. Smashed wreckage after a flight and rebuilding does count for stubborn, I'll admit to that.

And I'll default to the Wrights. First repeated, controlled, powered, flight. And built by amateurs. Unlike the Rich Guy at the Smithsonian that tossed his machine into the river.

I'm pretty sure that Aviation was committed long before the Eurocentric History texts say. Lots of dreamers jumped off hills, and other high places, with wings, and some survived. But none made a big enough splash to go down in history.

Rocket flight, otoh, that has some documentation. Wan Hu - Wikipedia

We can assume "Flew to the moon" was actually "blew into bits we didn't want to look at too close or talk about", but it's a good story. Better than Swans.

Then there's the Plain of Nazca. The technology of the time would be fine for a hot air balloon. Unfortunately this obviously awesome and high publicity invention isn't mentioned anywhere that I know of. And if the cult that drew the lines was politically unpopular for later religious governments, they may have burned and defaced all mention. ( for anthropologists, the unknown thing is always "a ritual item". It's always some religion. Hoaxers on that scale are impressive to me, but bewildering to Social "Scientists". I blame Modern Education. )

Unfortunately for my Balloon idea, all it takes is some math and basic tools, and you can do long straight lines over the horizon, even complex figures too large to see the shape of from ground level. Crop circle hoaxers do it. I've done it in my own yard, recreating a 3000+ year old Cretan labyrinth and the next year, the more famous one from the Cathedral at Chartes. The only pictures I have are from Google Maps.

Although I did notice the local Reserve guys taking pictures from their CH-47, I'm under the flight path. ( And yes, I knew that )

I'm curious who was first in this fictional Universe. I highly recommend the literature.

These are inaccessible to Europans, proverbially so. ✣ The exact mechanics of the barrier are still not clear, but we have seen a flashback ✣ where the British airship HMA Esther De Groot attempts the trip and is confronted by a shadowy/electrical figure of Godzilla type proportions in the midst...

I’ve always considered it very interesting that technology when viewed over the entire known history of mankind has not developed smoothly or even as a smooth exceleration but rather in fits and starts that jump exceedingly far in tiny periods of time when viewed on a timeline of a few thousand years.
You must log in or register to reply here.
Share:
Facebook Twitter Reddit Pinterest Tumblr WhatsApp Email Link