Concepts only: Doodles without numbers

Just artwork without the pressure of technical claims, details, etc.

Do you work for Team Tango?

-The humans shown are sized for the upper limit of the population. If they fit, most will.

-I eyeballed the CG. Haven't run any aerodynamic calc yet.

-It's a concept I've had on my mind for awhile and is a kind of "smallest-high-performance-4-hauler" study. Whipped it up literally a day ago.

-Aerodynamics are relatively easy to nail down (just move the wing fore/aft) and adjust size of surfaces.

-It's just smidge smaller than the larger Lancair models out there. It's intended to be a realistic representation of how compact I can design an airplane without it looking funky.

-Not trying to cryptic....but I'm sticking to my vow of no numbers in this thread
R

Also @Topaz, I apparently made hand-drew a concept of your moto-glider a couple years back: 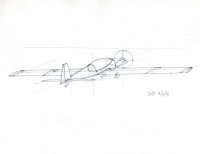 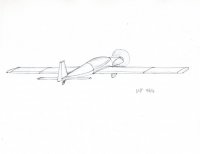 Wow! It's actually not that far off!

OP: Post your stuff, no pressure of technical claims, details, etc. Here's mine.

OP: Here are some details...

@Radicaldude1234 thanks for sharing. Will look forward to others doing the same.

From my files, this goes back before 2001 from the old TWITT (The wing is the thing) flying wing site and group. The page is still there: The Dreams of Jerry Blumenthal

THE DREAM MACHINES OF JERRY BLUMENTHAL

Jerry Blumenthal's RATTLER, the result of many years design refinements by this former General Dynamics wind tunnel model builder. He felt the straked front fuselage section would be the key to its success. Note that he used wing-tip mounted spoilers for additional roll and yaw control. The aft portion of the tail cone also split open to provide speed and glide path control. Unfortunately, he passed away before he could complete any radio model testing of the design, since he did plan on building a full scale version for his private use.

If you like the general design, we know Jerry would love for you to take it on as a model or better yet a homebuilt glider. He was not protective of his designs and wanted them to be available to anyone who liked them and would use them for other basic designs. However, this design does not have any detailed drawings (he didn't get that far) so you are on your own if you decide to take it on as a project.

Presented below is a collage of Jerry's other design concepts. As you can see he was very prolific when it came to using pen and ink to express his his dreams of what a flying wing sport plane should look like. Some of these he put into very basic balsa models for hand glide tests and most had flew relatively well. You can also see his RC model mixer for use in very thin wings which uses standard bell cranks available from any hobby shop (this was going to be necessary for his scale Rattler model had he completed it).
Click to expand... 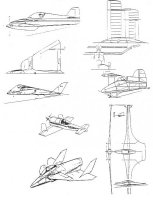 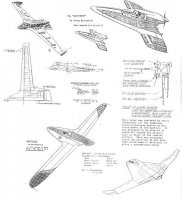 And a few of my own rough sketches from many years ago....

By the way, those sketches are:

Playing with OpenVSP. If I had the $$ I would build this.
I

What software did you use? Looks good.
P

One from a little over decade ago. for "moldless composite" LSA single seater. 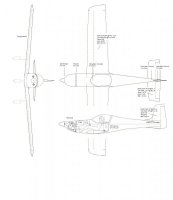 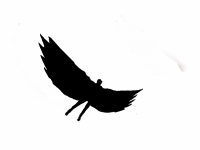 I know the OP said no numbers, but I have a hard time without them. This is my latest project. 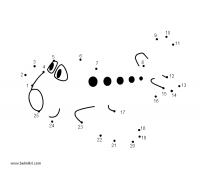 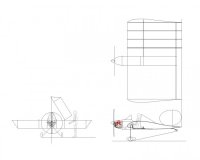 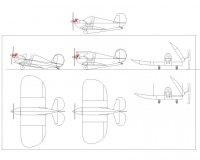 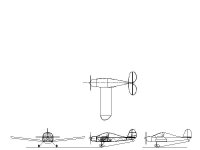 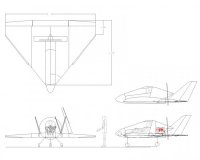 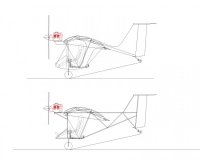 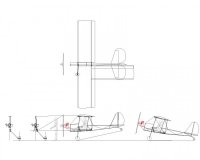 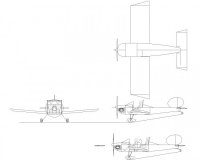 yeah, first RC plane I ever built. Have always had a soft spot for it....
T