pictsidhe said:
Is your wife an engineer?
Click to expand...

No, she is not an engineer.

She probably learned long ago that for him to understand, he needed pictures. Most men don’t get such high quality hints.

TFF said:
She probably learned long ago that for him to understand, he needed pictures. Most men don’t get such high quality hints.
Click to expand...

She was a Special Education high school teacher who also taught leadership. She has been teaching me for decades. I’m a slow learner.

Your wife sounds like mine. Will be married 60 years in July and the poor dear is still trying to train someone that is not trainable.
I keep telling her I'm not going to make the same mistake, so I am going to make sure my second wife is dumber than I am, she says good luck.

My Shoestring 200 cubic inch racer project has a one piece wing with a tip to tip laminated wood spar. The spar sits on flat gussets welded to the fuselage sides. Two hat shaped steel straps bolt vertically through bushings welded to the fuselage on the fwd side of the spar, entend up and over the spar and bolt in the same fashion to the aft side of the spar. The straps are fairly wide and are fabricated from .063 4130 sheet. Plywood plates protect the spar where the straps comes in contact. There are provisions to prevent the spar from shifting in inboard or outboard. There are no penetrations through the spar. This attachment was designed by Lockheed engineers and seems to have passed the test of time.
P

geraldmorrissey said:
My Shoestring 200 cubic inch racer project has a one piece wing with a tip to tip laminated wood spar. The spar sits on flat gussets welded to the fuselage sides. Two hat shaped steel straps bolt vertically through bushings welded to the fuselage on the fwd side of the spar, entend up and over the spar and bolt in the same fashion to the aft side of the spar. The straps are fairly wide and are fabricated from .063 4130 sheet. Plywood plates protect the spar where the straps comes in contact. There are provisions to prevent the spar from shifting in inboard or outboard. There are no penetrations through the spar. This attachment was designed by Lockheed engineers and seems to have passed the test of time.
Click to expand...

Do you have any pics or drawings? Thanks.
S

Just some of my two cents.

1. Pazmany on pl1 go from three piece wing, to one piece. Reason - pilots mass is subtracted from all wing connector loads, due to seat in wing itself.

2. MC30 Liuciole - Spars are joined with only two pins, and some offset. 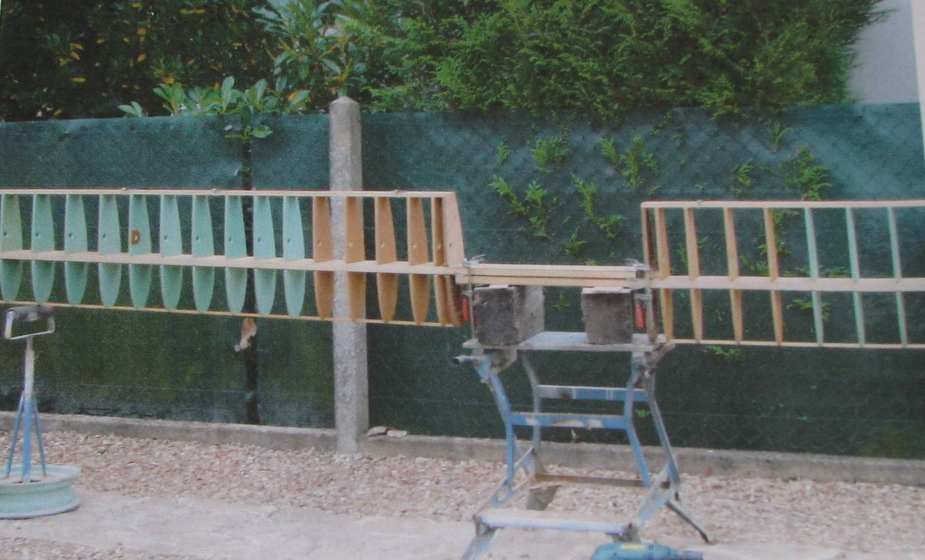 3.SNS7 ultralight - lets remove tail in place of removing wing. Yes, it is not common - but load on connectors is only a fraction of wing connectors. And it is still ok to transport. But more fiddle to build it straight. But shows how to optimize the whole, not only parts.

4. Rutan way - it may look like non-closed structure, and worse than any glider box type - but read the manual, and its shows the easiest way to separate fuel from full foam cored wings and have possibility to jig it straight with some sort of filling connector points. Which is no go for any glider box - if not straight, scrap it Again - optimized as a whole, not as only one part...

The Cassutt uses the same system as the Shoestring, for the same reason. Very efficient, and easy to build because the wingspan is low.

Increase the wingspan to 20-24-30+ feet and the advantage of the two-piece European system (sailplanes, Luciole) begins to emerge as a very very very good compromise.

Unless the disembodied ghosts of Ed Heinemann or John Thorp happen to be still floating in the ether around the homebuilt airplane world, ain't nobody gonna out-engineer or out-efficient Colomban's Luciole in terms of the wing attach system for a two-piece wing on a light powered aircraft.

When I was much younger, Clayton Stephens asked me to do some drafting for him. The Acro had a slot in the fuselage sides in which the wing spar fit. Holes was drilled through the center of the spar and two jesus bolts held everything together through bushings welded into the fuselage side. Clayton had a tendency to design on the robust side. Seemed to work OK. Several Acros had the crap beat out if them in the 70's and I never heard if a failure of this joint.
M

This thread has been a huge help and thank you to everyone who contributed to it! It was a great read

We're a team of 15 high schoolers designing and building a high wing ultralight. I was working on the wing attachment and I came to a bit of trouble since our our aft and main spars are circular tubing. I thought that we can try a rib attached to larger tubing to act as a spar holder. The rib gusseted to the fuselage would be bolted to the bulkhead rib, the aft and main spars would also bolt onto their larger tubing counter parts. The tubing attachment isn't fully fledged out yet, since it's a dihedral. I've attached pictures below but I was wondering if this is about what I should be doing or if there is already a method to this? Thanks!

If it is a Part 103 ultralight (USA) you are likely wire bracing the wing. Maybe a strut braced wing. Furthermore, you almost have to be wire braced as tubes that small are unlikely to carry the bending loads in a cantilever wing airplane.

If you are wire braced, your fuselage connections can be "pinned" joints, that is a bolt through the mount and through the tube. There are saddles and the like for reinforcing standard sized tubes at these points.

The structure you are showing is way over built for a wire braced UL. Go look at some UL's. Pins or bolts at the root, wires top and bottom to spots about 70% or more out the wing. Look up truss design in a mechanics of materials text, and be prepared to calculate: Stresses from shear, torsion, and bending in the spars outboard of the wire/strut mounts; Stresses from shear, torsion, bending and compression inboard of the wire/strut mounts.
M

Thanks Billski! I see what you're saying. So a simple attachment to the fuselage and have most of the weight resting on many wires and struts. Like the Aerotique Parasol.

CLYFFCARLOCK said:
What is the best spar attachment for strength for wing load? Also should the wing be one piece, going through the fuselage with a one piece spar going from wing tip to wing tip?

How are acrobatic aircraft wings/spars constructed and attached to allow such a heavy wing load?
Click to expand...

I'd love to assist you here, but you have to realize there are no "one size fits all" solutions here.

If you are aiming to do a bespoke design & build, I strongly suggest seeking out an experienced engineer before proceeding.

I did all the design work on my build. I am an aero engineer who specializes in subsonic aero, performance & flying qualities, stab+control and flight test processes. That being said, structures are not my wheelhouse, and not afraid to admit it! So, I sought out the input of a couple good structures guys (hat tip to some great longtime engineering school friends from across the pond who call TsAGI home!) as well as suppliers for both the glass and resins I am currently using. It was humbling, but glad I sought it out!

Best of luck to you, and do not hesitate to contact me via PM if you have questions!!
R

Like the other guys said, design for overall light-weight, not the lightest individual components.
For example, increasing the depth of the rear spar to the full depth of the rib-airfoil will allow you to use thinner walled aluminum tubing for the same strength. The closer the spar top is to the top of a rib, the fewer fancy fairings and reinforcements needed.

If you think you need flanges - to transfer rob loads to spars - look at the aluminum for flanges added to later model Bede 4 kitplanes. Those flanges had a wide bearing surface laying along the tubular spar then transferred those loads - via a new dozen rivets - to fuselage side walls. Jim Bede was an innovator who really loved tubular spars. Also note that many of Bede’s designs used cantilever, tubular spars and those spars are the full depth of the wing.

Similarly, a larger diameter front spar may be lighter and the larger radius leading edge will tame stall characteristics. Those spar tubes will still need solid inserts at bolt/pin attachments.
Go look at Kolb and Avid ultralights to develop a better TLAR “eye.”

As an aside, I wonder if pour-in-place plastic foam would significantly stiffen tubular spars by preventing compression collapse inwards????

Riggerrob said:
As an aside, I wonder if pour-in-place plastic foam would significantly stiffen tubular spars by preventing compression collapse inwards????
Click to expand...

In all my composite work over the years, I have learned that pour foam is absolutely verboten for ANY kind of load bearing use. This is because the densities vary in the final cure from too soft to too hard and everything in between. As the densities vary, so does the weight. It is only good for making plugs or making temporary bonds when planking 2 pound Dow foam. Bottom line up front...it has ZERO structural properties.

I try my best not render my advice here for reasons of legal liability, but please take my advice when I tell you NOT to use this stuff on anything structural!!!
Last edited: Apr 11, 2020
M

As an aside, I wonder if pour-in-place plastic foam would significantly stiffen tubular spars by preventing compression collapse inwards????
Click to expand...