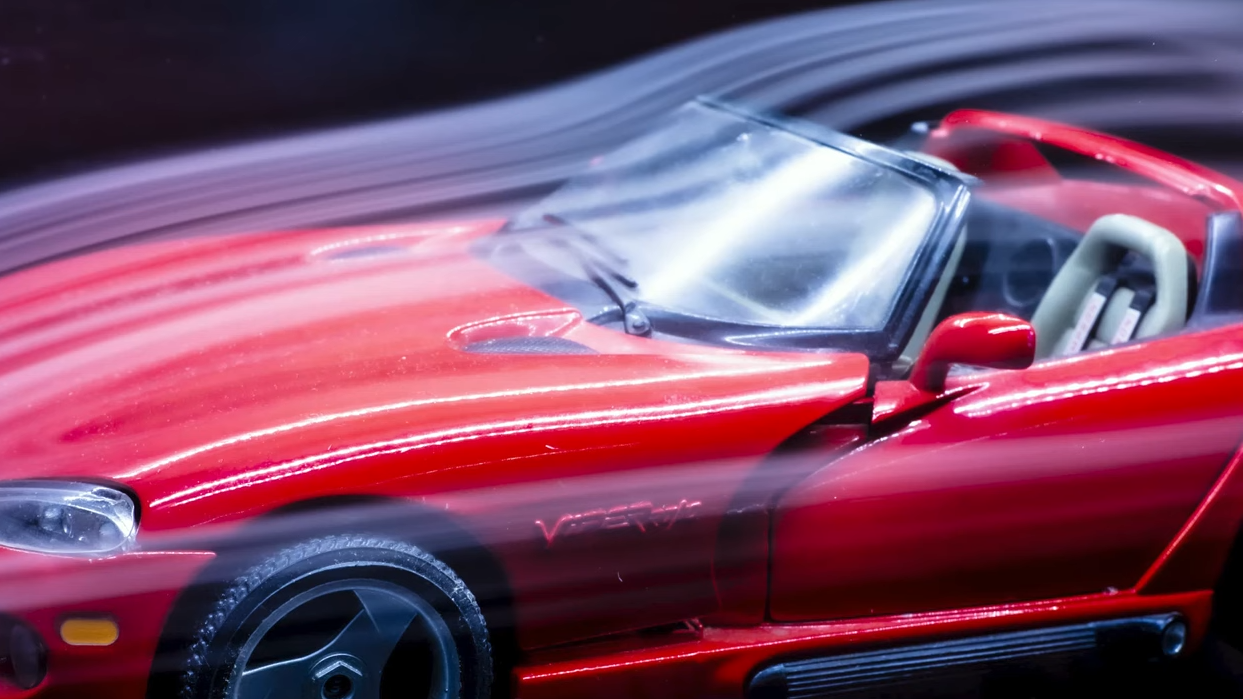 Every wanted a mini wind tunnel to check the aerodynamics of scale model cars, drones, or other small objects? Then check out [dannyesp]’s mostly-3D-printed DIY wind tunnel (video, embedded b…

hackaday.com
also interesting on the same site is a supersonic trebuchet

If all the builder wanted was smoke trails, he got it. It is not an engineering tool, but is kind of cool. Pitot tube for air speed that can be moved about would help, as would either smaller articles or a tunnel sized not to be choked on the intended test articles. We saw nothing on load cells or instrumentation beyond the anemometer.

That rubber power element trebuchet is cool. Good engineering - identifying the design variables of import, making use of Buckingham Pi analysis to identify critical relationships is real engineering, and his comment that the solution would never have come about by accident is sooo true. When I hear "trebuchet" I think weight boxes, not elastic elements. To do this with a weight box would require an impressive weight box and impressive gearing and impressive size, as the weight box must accelerate downward at no more than a modest fraction of g, or forces applied go towards zero. The rubber element is a modern add on that makes a far lighter and compact scheme...

Mine was cardboard. Incense & punk sticks for smoke trails. Kodak Brownie camera for the larger format film than 35mm. ( and, like the box fan, I already had it ) Simple balance beam scale copied from a pocket postal scale and made from coat hangers. 2 of them. One for lift, one for drag. "Egg crate" thin cardboard flow straightener (2) set about a foot from fan & another @ 3 feet. Total 9 feet long, ( eventually, cut down from 12 feet, didn't really need the extra outflow length ) 3x4 foot cross section. Lots of masking tape.

Not saying I did any breakthrough science with it. Reynolds Number calculations were done on a "pocket" TI calculator. ( rich kids had HP calculators with leather holsters, not our cheap Texas Instruments ones with thin vinyl! ) model airplane wings, Estes rockets, model Rogallo wing variations, various insects, even an overbuilt 6" box kite model that graduated to a van radio antenna hanger. ( died @ 90 mph. No video. Use your imagination. Think "explosive disassembly" . )

My mini tunnel was copied from pictures of the Wright Brother's. Got scrapped when I needed room in the garage for the second hang glider I built. ( And Mom's car ) ( mostly Mom wanted her fan back. )

They were handy for watching the Watkins Glen races.

Who remembers the "Estes wind tunnel" for testing model rockets?
A

Btw, a Trebuchet, by definition, used gravity. There were/are human powered small ones where the weight of one or more ( usually 3+ ) people is used.

The one in the video is a catapult, with sling arm.

Quite clever, nice coverage of design process, and a triumph of engineering.

I may have to build one.

I built a wind tunnel with cardboard, packing tape, clear plastic, cut up drinking straws for the honeycomb, and a box fan for a science fair project in high school. You can find plans to build a better one in old aerodynamics text books though I don't know how large or how exact it needs to be to be useful for light aircraft design.
O

Do you mean tying a string at the CG and swinging around to see if the nose went first, the tail, or it spun freely?

OKDon said:
Do you mean tying a string at the CG and swinging around to see if the nose went first, the tail, or it spun freely?
Click to expand...

No, that was the basic version, but they published one using a blower, flow straighteners (rocket mailing tubes), etc.
B

Dana said:
No, that was the basic version, but they published one using a blower, flow straighteners (rocket mailing tubes), etc.
Click to expand...

I remember that one. The Amateur Scientist column of Scientific American had some good articles on constructing them, but the smoke generator on mine caught fire.

Cool and fun! Maybe I'll build one of those someday. However, if you are looking for meaningful results, I would suggest Burt Rutan's solution: a tunnel scale on top of a car, with adequate shock absorbing mechanism. Then you can use a model based on a much higher Reynolds number, you would not have wall interference and you would have laminar flow - I guarantee. The only issues are smoothing out road bumps and making sure the wind is not a factor.
A