What was the first airport to have a concrete runway?

Why do so many of the midwestern US universities own airports?

How much did the US government pay for a Curtis JN-4 Jenny?

Where did the joystick get it's name? Don't believe Google which says "The joystick obviously got it's name from it's shape and location in the cockpit of early aircraft. It was a stick that stuck up between the legs of the mostly male pilots and was grasped by the hand. Joysticks were a brand of cigarette that were very long and intended to be cut into smaller pieces."

What is a four course range?

Who developed the idea and where was the first application installed?
Last edited by a moderator: Apr 28, 2021

jedi said:
What was the first airport to have a concrete runway?
Click to expand...

Floyd Bennett Field? Or was that the first control tower?
D

Why is an F-16 flying formation with me, and why is the pilot pointing toward the ground?

Victor Bravo said:
Floyd Bennett Field? Or was that the first control tower?
Click to expand...

Edit: The hotel is the only facility that remains to this day. If the flying car is ever successful it could be a location for the $1,000 hamburger run.
Last edited: Apr 28, 2021

What was this guy’s regular job? 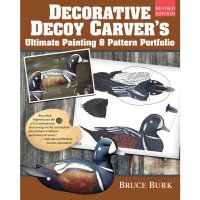 TFF said:
What was this guy’s regular job?
Click to expand...

Can say he wasn’t involved with waterfowl, kind of, but not the sphere of his day job.

Like many airports the Ford Airport in Dearborn Michigan has been converted to a "higher use" and no longer functions as an airport. It was an active facility in the hay days of the Ford Tri-motor and saw many firsts as noted below. The "airport hotel" is the only facility related to the airport that remained functional into the 21 century and continues as the Dearborn Inn. Historic Michigan Landmark | The Dearborn Inn, A Marriott Hotel

Ford Airport in Dearborn, Michigan, United States, was one of the first modern airports in the world. It operated from 1924 to 1947. The site is now part of Ford Motor Company's Dearborn Proving Ground.[1] The airport was about 360 acres (150 ha) in size.[2]

This airport saw many world and U.S. "firsts": the first U.S. airport hotel, the first concrete runways, first U.S. scheduled passenger service, first contracted airmail service, first radio control for a commercial flight, first U.S. passenger terminal.[3] The buildings were designed by architect Albert Kahn and are considered to have greatly influenced the design of airports throughout the U.S.[4] The original aircraft facilities were in use as part of the Ford testing facilities at the proving ground, however the original (greatly modified) passenger terminal was demolished in 1961, and the remaining hangar, used as an experimental engine test facility since the late 1940s was demolished in 2018. Only The Dearborn Inn, a hotel that was built across the road to serve the airport, remains.


More info on the Tri-motor at:

Next trivia. How was the airfoil is used on the Ford Tri-motor developed?

I doubt there is an "offiical answer" to this question.

jedi said:
Next trivia. How was the airfoil is used on the Ford Tri-motor developed?
Click to expand...

I'll bet dollars to donuts that it had more to do with the minimum forming radius of the corrugation rollers than anything else.

What was the first airport to have a concrete runway?
Click to expand...

The paving was reputedly commenced on orders from Henry Ford himself, after pilots attending the Ford Air Tour referred to the airport as Ford Lake.

jedi said:
What is a four course range?

Who developed the idea and where was the first application installed?
Click to expand...

Also known as an AN range, it was an early radio navigation aid designed to not just allow a pilot to home to the station, but to navigate onto and travel along one of four courses centered on the aid. Story is that Ford Motor Company's flight division was having flights shut down way too often, and Henry himself directed his guys to invent something. A series of these made trips between Dearborn and Chicago (and other sites) much more reliably flown.

Edit: The hotel is the only facility that remains to this day. If the flying car is ever successful it could be a location for the $1,000 hamburger run.
Click to expand...

Wrong, the Ford Airport in Dearborn is still there, and while closed, it is very recognizable as an airport from the air. It is now Ford Motor Company's Dearborn Proving Ground.

The building marked Ford Dearborn Development Center still had masonry placards identifying the building as Stout Metal Airplane Company in 2008, the last time I was over there on business.
Last edited: Apr 28, 2021

jedi said:
Next trivia. How was the airfoil is used on the Ford Tri-motor developed?

I doubt there is an "offiical answer" to this question.
Click to expand...

I thought the wing on the Tin Goose was based on the Fokker tri motor wing design.

N804RV said:
I thought the wing on the Tin Goose was based on the Fokker tri motor wing design.
Click to expand...

That is correct. Henry sent his men out one night with a soft copper tube and laid it over the wing of the Fokker.
Why and when were all Fokker Tri-moters grounded in the US.?
Last edited: Apr 28, 2021

jedi said:
That is correct. Henry sent his men out with a soft copper tube and laid it over the wing of the Folker.
Why and when were all Folker Tri-moters grounded in the US.?
Click to expand...

Yes! For general interest lets include a reference if you look up the answer on the internet so readers can get as much detail as they want. One reference is posted below. If any additional details of the crash are found, please add the the data here. I suspect there is an accident report, news articles, etc.

"the popularity of the Fokker quickly waned after the 1931 crash of a Transcontinental & Western Air Fokker F.10, which resulted in the death of Notre Dame football coach Knute Rockne. The investigation revealed problems with the Fokker's plywood-laminate construction, resulting in a temporary ban from commercial flights, more stringent maintenance requirements, and a shift to all-metal aircraft such as the similar Ford Trimotor and later Boeing 247 and Douglas DC-2.[3] "

FWIW - My local NBC channel 13 carries reruns of "The Waltons". In yesterday's episode young reporter John Boy was able to cover the arrival of the Hindenburg at Lakehurst, New Jersey on its 1936 arrival with 96 passengers and crew. The story was nicely done and difficult to write. More original footage of the operation in one sitting than I can remember ever seeing. Trivia - The Hindenburg had 16 gas bags and appeared to be tail heavy on the final landing indicating a possible leak from an aft gas bag.


This and many other videos are available thanks to modern computers and the internet. Today's kids do not need school to learn history.

Readers please carry on! I am sure there is a wealth of knowledge within the HBA supporters and untapped internet sources if readers have the guidance to find it. Anybody want to start a Charles Lindbergh thread? Did Charles Lindbergh live in Detroit or St Louis? Where, When?
Last edited: Apr 29, 2021
You must log in or register to reply here.
Share:
Facebook Twitter Reddit Pinterest Tumblr WhatsApp Email Link