Anyone here living in an Airpark Community?

I am fortunate to live in paradise, aka X05, Pilot Country in Pasco County FL. We are a strange set-up. The runway and some shade hangers and a large hanger, the fuel sales, the ramp and some bare acreage is privately owned by a single individual. The taxiways/roads are owned and maintained by the HOA. Our yearly dues are $441.00 with a maximum allowable increase of 5%. There are 60 lots (all sold), 52 homes with two under construction and three slated to start construction within c couple of months. Our HOA is not a problem, because we have to draft people to serve on the Board. One of the very few covenants was that the home and hangar had to be of the same construction. I moved in to an existing frame home in 2005 and started my hangar (46' x 76') in 2007. After the rewrite of the building code and our wind speed zone a wood frame hangar of that size was un-worrkable. Easy, the board rewrote toe covenant to say that the home and hangar must be of similar appearance. I built a block gambrel roofed (to match the garage) building with polypropylene fake cedar siding to match the cedar sided house. Super, super neighbors.

C Michael Hoover said:
I am fortunate to live in paradise, aka X05, Pilot Country in Pasco County FL.
Click to expand...

I flew there some back in the early days; when the tower was erected just off the north end of the runway.

BJC said:
I flew there some back in the early days; when the tower was erected just off the north end of the runway.

You must have us confused with somewhere else. The north end of the runway ends with a drainage swale and then a field full of cattle and a few wildly braying donkeys. Biggest danger off the North end (if you clear the fence) is cows munching on your fabric or fiberglass. RVs are much safer here.

C Michael Hoover said:
You must have us confused with somewhere else. The north end of the runway ends with a drainage swale and then a field full of cattle and a few wildly braying donkeys. Biggest danger off the North end (if you clear the fence) is cows munching on your fabric or fiberglass. RVs are much safer here.
Click to expand...

I flew there back in the 1970’s. Check with someone who was around back then. When the airport first opened, the land owner to the north objected to airplanes and erected a tower. Legal action ensued, and, eventually, he was required to remove it. I seriously considered buying there, and eventually looked at a house on the west side, as well as several lots.

Drove by there many times in the late 1990’s traveling between Lecanto (east of Crystal River) and St. Petersburg for 0700 FPC staff meetings.

Edit: The developer’s brother was a CFI and had a new Citabria as well as a new Great Lakes that he rented. Not certain, but IIRC, they were originally hangared at Brooksville. The developer’s wife owned the land. She and the developer eventually separated.

Mcmark said:
Chesapeake Ranch Estates?
Many moons ago, I built a few of the hangars, additions and such in there.
Good people and active EAA.
I believe I know which house. Built the shade port next to it.
Best of luck.
Mark
Click to expand...

CRE is where we were looking. We've elected not to continue looking there, unfortunately, and will do a hangar at 2W6.

The location was not bad, but the entire area looks aged run down, grown over, and the individual who would have been our next door neighbor's wife was enough for us to say no. The recent ice storm we had here left alot of trees leaning on the electrical utility wires...
R

Just drank the Kool-aid and signed closing docs on empty lot at 61AR.
Cant wait to get building next year I hope.
T

Trout fishing. Ozark flying. More rivers, springs, and lakes than you count within a 1 hour drive. Looking forward to it. Tired of living with 7 million people.
E

Neat Hanger/House arrangement in this Air-Park........looks a friendly fun place to live.....

rbarnes said:
Just drank the Kool-aid and signed closing docs on empty lot at 61AR.
Cant wait to get building next year I hope.
Click to expand...

Bought a lot with a hangar and built a nice house and a shop/office in the hangar at 0TX6 Elm Creek Airpark just south of Seguin, TX, about 35 miles east of San Antonio. Big difference from where we were living in Houston. Love it and never looked back.

Was moving some machinery the other day near the town of
Burlington, NC and as we passed a large barn, my tech said, that would be great for my horses. I looked over as we passed, and said "it was already occupied." A Tri-Pacer sat in the barn. He has about a 1500' strip behind the barn. Out in the country, but close enough to towns and cities. About an hour and a half to beach or mountains. Good ole Piedmont, NC. His neighbors are his kids, I found out.

My kind of an airpark!

If you want to own your airstrip, here is a nice house, hangar and equestrian property for sale in Oregon! www.10984meadowsrd.com

To much to take care of. No such thing as a hobby farm.
E

There is a really GREAT movie called "Skyward" which is about a guy who lives in a CARAVAN beside his hanger at the Rockwall, Texas airport.... you 'gotta watch it! Fantastic lifestyle!!!!
To watch it, just click on the Link given on page 1 of the "Flying For Fun" forum.
J

EzyBuildWing-
Don't know where that Forum is....How about a link?

quick582 said:
If you want to own your airstrip, here is a nice house, hangar and equestrian property for sale in Oregon! www.10984meadowsrd.com
Click to expand...

Horse's, now that is how you make flying look cheap!!!

Had horses to work a 100 acre farm to raise enough food to survive. We had NO money. Had some chickens to trade eggs for things we couldn't grow. Sugar, coffee, etc.
You can make most anything expensive.

Scott luther said:
It’s an HOA, you need to seriously look at it. I’ve only had one experience with an HOA and it wasn’t good. There is ALWAYS someone that is nitpicking and wants to be in your business just for the power of it. HOA elects the positions but average-live-and-let-live types don’t run. It’s always the little Napoleon types that run. Those people many times outweigh the few people that you’re trying to protect your neighborhood from.
Click to expand...

We just built a new house in an airpark adjacent to an airport. We'd lived in neighborhoods with HOAs before, and, due generally to the kind of stuff you mentioned, swore we would never do that again. But there's only 15 lots here, so we were thinking 'cozy atmosphere'. Everybody seemed friendly, we liked the location, and let's face it, having a hangar in your back yard is just great! We discovered the Napoleon types after making plans for the house. I was determined to go elsewhere but the wife didn't want to start looking again. Later she realized that may have been a mistake. We even discussed putting our house on the market after it was finished. Two of our neighbors won't talk to us since we refused to cave to HOA demands over requirements that don't exist, but the rest of them are still quite nice, at least to our faces. Things have calmed down and we've settled into a routine, so there's little strife to speak of, at least for now. I think they're learning to tolerate us just as we're learning to tolerate the HOA.

I mention all that to show that, even though HOAs can be frustrating, being in an airpark might still be worth it. My hangar will be completed in the next month or so, and I can't wait til the day arrives that I can fly out of my back yard. The airport is quite active, with multiple runways to choose from. Sometimes I sit in my bedroom window just listening to the CTAF and watching the planes and skydivers. And I still get to live in a neighborhood that's populated almost entirely by pilots. So, as others have said, evaluate each candidate carefully. Even if there are drawbacks to an HOA, and there are for most of them, being in that airpark may still be worth the hassle. It really depends on your personal preferences, the particular HOA in question, and your ability to tolerate what such an HOA can toss at you.

Looking back, we probably would have been better off getting a property that allowed us to have our own runway, without any HOA to kowtow to. Had the wife not been so averse to continuing the search, that's probably what we would have done. Bit even if we had done that, I wouldn't be enjoying the activity of a busy airport and been surrounded by pilots. That helps with motivation on my build.
E

Here's where the Link is to the fantastic Movie "Skyward" ....it's about the adventure of a pilot-guy who lives in a caravan on an aerodrome at Rockwall, Texas!
Bette Davis is in the Movie..... 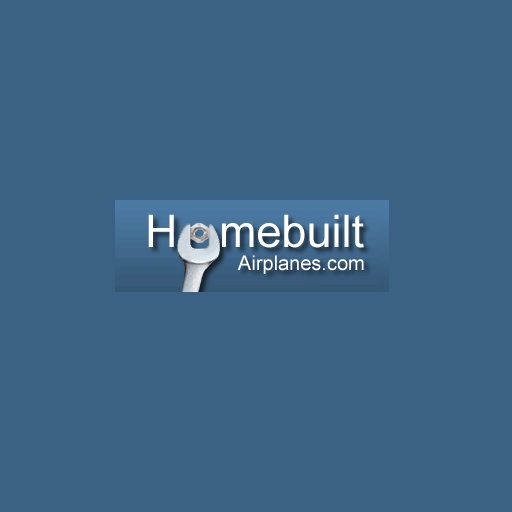 Flying for Fun: An Affair With an Aeroplane

Came across this little UK program on YouTube.It is a story about a British Army officer's infatuation about an Aeronca C-3, which he quickly owns.Its a simple pre-war aviation story with wonderful flight footage of the Aeronca itself.Its in several parts so I'll upload them all here.Enjoy!