Another interesting Martin-Baker bird the MB.4

Riggerrob said:
Amusing how most of the airframe is simple, straight lines or simple single curves, but the horizontal tail is elliptical.

Did they hire an outside engineer (Supermarine or Heinkel) to design the tail? We all know how well outside engineers contributed to the wing design of the Messerschmitt 210. Hah! Hah!

Seriously, an elliptical tail makes sense if you are bending and laminating tip-bows with multiple layers of wood.
Click to expand...

Toobuilder said:
What is the cooling system architecture? That little scoop on the lower cowl in the OP can't possibly support coolant, oil, and intercooler.
Click to expand... 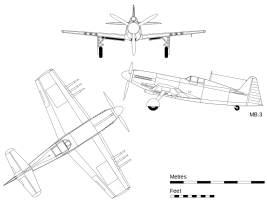 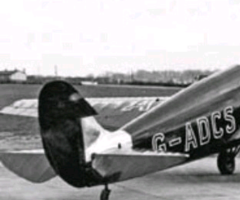 Like Spitfire and Messerschmitt 109, those radiators are probably half-buried in the wing. meaning that the radiator core extends almost up to the top skin of the wing, but we only see the portion that hangs below the bottom skin.

In the course of this correspondence there seems to have been some confusion between the air cooled and liquid cooled engines of MB.2 and MB.3.

However: the MB.3 is a supremely simplified airframe in many ways yet it exudes elegance and power. It may not surprise Matt that after my modifications to the Taylor Monoplane as a Yak 9D lookalike (which flew successfully until it suffered an engine failure due to icing), I drafted amongst other things an MB.3, based loosely around the Taylor Titch at that time, as I had not yet ventured too far from approved designs. The broad wing chord and square cut lines of the MB.3 very much appealed to me. It was a lack of an affordable, suitable engine which meant it remained on the drawing board. Nowadays something like the inclined Aeromomentum motor or better yet a big bore Chevvy would have made this thing viable and utterly memorable.

Its upper surface camouflage and RAF markings with the yellow 'prototype' undersurfaces would have made it very visually appealing.

Riggerrob said:
Like Spitfire and Messerschmitt 109, those radiators are probably half-buried in the wing. meaning that the radiator core extends almost up to the top skin of the wing, but we only see the portion that hangs below the bottom skin.
Click to expand...

You could well be right on that. I like to start with the simplest form of an answer so that internet people can quickly tell me I’m not technically correct (the best kind of correct).
T

Whilst I am a big fam of the MB5 and am 1/3rd the way thVrough on an R/C version, I'm not so keen on the earlier designs.
If you read Capt. Eric "Winkle" Brown's book "Wings of the Weird and Wonderful" He flew the MB5 at RAE and was very smitten and gives it great praise.
As for the early ones I've always thought the Miles M20 was a better looker. 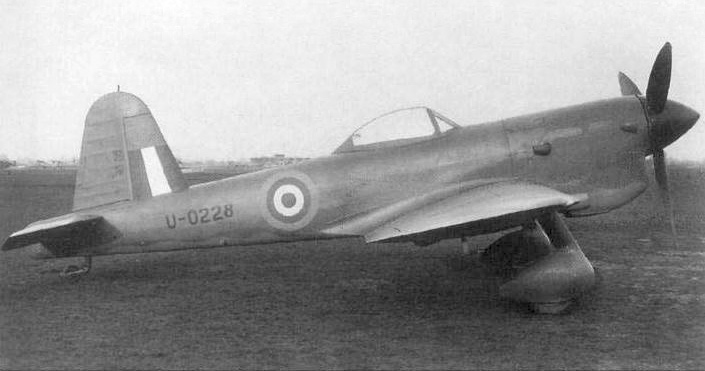 cluttonfred said:
Napier Dagger was an air-cooled 24-cylinder H-type engine, basically two vertically-opposed flat-12 engines side-by-side on a common block. The top air intake cooled the two rows of six upright cylinders on top and the botTom intake did the same for corresponding inverted cylinders on the bottom. The oil cooler was in the left landing gear fairing.
Click to expand...