I suppose actually it would end up being 8 diodes per plug 4 after each coil.

Where does the switch go? As long as magnets are spinning past those coils, they'll make electricity. To disable one spark circuit the switch can either open the circuit on the secondary side or it can ground it out. I'm not sure of the ramifications of each option, but if it must be grounded out, and if we are using just one plug, then we still need diodes because otherwise grounding one of the plug wires will ground them both.

And, using double the diodes only prevents one failure mode, and doubles the chance of the other falure mode.diodes can failed open OR closed.
V

akwrencher said:
And, using double the diodes only prevents one failure mode, and doubles the chance of the other falure mode.diodes can failed open OR closed.
Click to expand...

If it is okay to ground a high tension lead (i.e, it won't cause any damage), then I was thinking that we could have two diodes in parallel on the main system and two in series on the backup system. In operation, we would fly on the primary system. Two diodes in parallel there assures the juice keeps flowing even if one fails open. The backup system gets checked during runup and then grounded out. The two diodes in series assure the primary circuit doesn't leak to the backup coil or the grounding wire even if one diode on that circuit fails closed.
Kinda complicated, but under normal ops the redundancy is where you want it, and if there's a failure you find out on the ground when you try to run on the backup circuit.

But, I still don't know if it's okay to ground out a high tension line. Obviously, I'm no EE.

Agreed. The current GA ignition system is there to mitigate issues not related to reliability, but performance. The huge cylinder volume and presence of lead fuel/fowling is why you need dual ignition. Fixed timing also doesn't help. Ignition reliability was solved decades ago. But the magneto is still here and that's the problem.
V

Here's an ugly sketch of the way I think diodes could be used to isolate two ignition circuits going to the same spark plug. I'm definitely no expert and there's probably a slicker way to do it. The Main ignition circuit uses two rectifier diodes in parallel, the Backup circuit uses two rectifier diodes in series. This configuration was chosen in view of the impact of "failed closed" and "failed open" situations on flight operations.
Assumption: The Main ignition circuit will be the one used for normal ops. The Backup circuit is tested during the pre-takeoff runup check and then taken off line. Why take the Backup Circuit offline? Because any "failed closed" state that develops for diode P1 or P2 will allow the high-voltage from the Backup System to backfeed into the Main System. I don't know exactly what that will do (it's the subject of the AdrianS post here), but it's probably not something to learn in fight. Once the Backup System is taken offline (with the DPDT switch in the cockpit), this risk goes away.
Features:
- A DPDT switch in the cockpit is used to select the "on line" ignition system.
- No single diode failure (either failed open or failed close) will adversely impact the Main ignition system.
Observation: In some situations (Cases 2, 4, 7, and 9 in the Diode Failure Chart), the Main Circuit will work and the Backup Circuit will work even after a diode has failed. While this might be viewed as good "fault tolerance", it also allows a failed component to go undetected during normal runup checks. With one of these (undetected) failed diodes, the setup is less tolerant of additional failures. It would be possible to take additional steps to allow all the diodes to be tested.
Apologies for the messiness and poor penmanship. 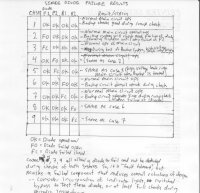 Here is an ugly drawing sans diodes. You either switch on #1 or #2 with the unabtanium switch.

blane.c said:
Here is an ugly drawing sans diodes. You either switch on #1 or #2 with the unabtanium switch.View attachment 93917
Click to expand...

Maybe there's some sort of shielded relay that would work. Otherwise, running high voltage spark plug wires (3 total for each cylinder) to the cockpit might come with issues. Switch or relay, the contacts will get a pounding as they open and close. It'll need to be up to that.

I would have the "switch" very near the spark plugs. The switch could be either solenoid remoted or the long stick method.

I guess by near the plugs I really mean near the coils, and by long stick method something more like a choke cable.

So you'd need something like one of these between the coils and the spark plugs, but wired two coils in (on the periphery) and one plug out (center). 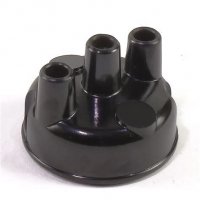 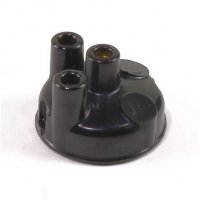 So for a two cylinder engine the caps could be orientated so the bases faced each other and one switch could operate both caps.

I think you are getting to the point where the cure is worse than the disease If you are talking about single-cylinde engines, yes, might be worthwhile. But then I would question the choice of engine in an aerial vehicle that can't be put down in the space of a picnic rug or fly to a safe location unassisted.
2, 3 or 4-cylinders would be much better served with self-contained ignition for each cylinder like the industrial engines. That is for carburetted engines.
For EFI engines, the "reduncy" is becoming such a big problem to cover fuel & ignition that it would be easier to design-out the known and anticipated failure modes. Use back-up sensors where critical, use a ECU that has a clear and understandable programming, use high-quality wiring and connectors and best-practice wire routing & installation practices (heat, vibration).
The reliability of the simplest system and properly executed is most likely better than a complicated system with redundancy.

There is always the Smartplug option
P

I could not agree more. Redundancy adds complexity and failure modes. I have had more failures in the electronics world of my day job from redundancy than from actual hardware.

TiPi said:
I think you are getting to the point where the cure is worse than the disease
Click to expand...

While I haven't read every post in this thread I've been watching it a bit lately and wondering when someone would point that out. My ignition isn't computer controlled but my Corvair engine does have dual ignition with timing advance and uses a single iridium spark plug per cylinder. Ignition coils are wired into a single coil selector: 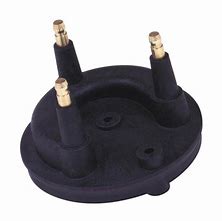 I'm aware that this method is known by most everyone on the group. But the thinking behind using one plug per cylinder is that with the iridium plug less power is needed to fire the plug, yet using a hotter coil will help the plug fire if adverse conditions arise. Using a larger plug gap (within reason) of .030-.035 helps prevent buildup between the electrode and ground causing the plug to foul. The higher compression of newer engines seems to help.

Surely the loss of a plug/cylinder is less of a concern on a flat six than a flat four, but if using an auto engine with auto fuel then plug fouling should not be a major concern. When was the last time your modern automobile fouled a plug? Now if you are using leaded fuel in your auto engine converted for aircraft you might have different results. Still, my Corvair using 100LL (for the most part) has never fouled a plug. Of course having proper fuel delivery is very much a part of this. EFI could be the answer to this for some but for me ... a simple, reliable carb does the job. Yes this means that I have to be a pilot and change the mixture now and then and I might possibly burn a bit more fuel than others. But the system has been reliable ... and there is nothing I will trade for reliability.

Your mileage may vary ... but I doubt it.

This is your diode set-up
V

TiPi said:
This is your diode set-up
Click to expand...

Aha! Thanks. So, the complexity is there, just hidden under the plastic.