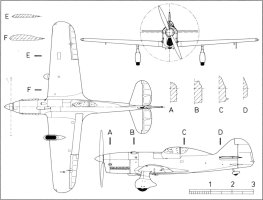 Prop/ground clearance is for wimps.

Seriously, though, that's a nice looking little plane. It would have been interesting to see it developed more.
T

Looks like someone copied a Percival Mew Gull and rounded the tail.
R

Detailed in Justo Miranda's book "Enemy At the Gates, Panic Fighters of World War 2."
Another dozen countries built light-weight, panic fighters during the late 1930s as they tried to match the arms race started by Nazi Germany.
Half of them tried to buy Hawker Hurricanes, but the Hawker factory could not build them fast enough, so Belgium and Yugoslavia bought licenses to build Hurricanes. Buying Rolls-Royce Merlin engines was also a hassle as the RAF was frantically re-arming in anticipation of WW2.
Britain built the Miles M.20 and single-seat variants of the Miles Magister trainer.
In the USA, Bell, Curtiss, Lockheed, Tucker, etc. all proposed light-weight fighters.
Even Denmark sketched a light-weight fighter prototype!
The biggest problem was that most available engines struggled to produce even 1,000 horsepower, limiting the weihgt - and armament - that could be carried.
R

Anybody notice the reflexed "flying wing" airfoil shape in sections E anf F of the 3-view?
B

The M-6 looked to me like a 23012 with the trailing edge bent up a little. I think the Porterfield airplanes used it IIRC. The one in the 3-view doesn't look that way to me, but I'm absolutely not an airfoil guy.

You’re recalling correctly, VB, the Porterfield uses a modified M-6, which is why they, like the Taylorcraft and Interstate (which use the 23012), can go over 100mph on 65hp.

The “flat wing” Pitts uses the M-6. It is faster, climbs faster, and stalls slower than the “round wing” Pitts.

Yes. Squint a bit, and you could be looking at a modern sailplane airfoil.

BJC said:
The “flat wing” Pitts uses the M-6. It is faster, climbs faster, and stalls slower than the “round wing” Pitts.
Click to expand...

Tiger Tim said:
Jeez BJC right when I didn’t think I could want one of those more…
Click to expand...

Despite its sharp stall on paper, types I've flown with the 23012 stall quite innocuously. I used a modified 23012 on my Tigerfalk design with a straight taper from 60% chord but with the ailerons maintaining the full section, creating a 'bulged aft of fulcrum' foil. Sadly only a 1/4 scale R/C model of this aeroplane ever flew, but it demonstrated an extremely fast roll.

Regarding the VEF I-16, I did draft a scaled down version of this and the earlier I-15 many years ago around a Cirrus ll, but it really needed a Walter LOM to do the original justice even at reduced scale. I still have the drawings of the I-15 and some side elevations of the earlier still I-12 in single-seat configuration, (which really did use a Cirrus ll) as operated by the Latvian para-military border patrol service and as a lightweight fighter trainer.

I attach some photographs of the model Tigerfalk held by the builder, Pete McDermott, World Scale R/C Model Champion in 1988.

Thanks for the above interesting technical drawing.

Nice airplane too, incorporating the principles of speed. 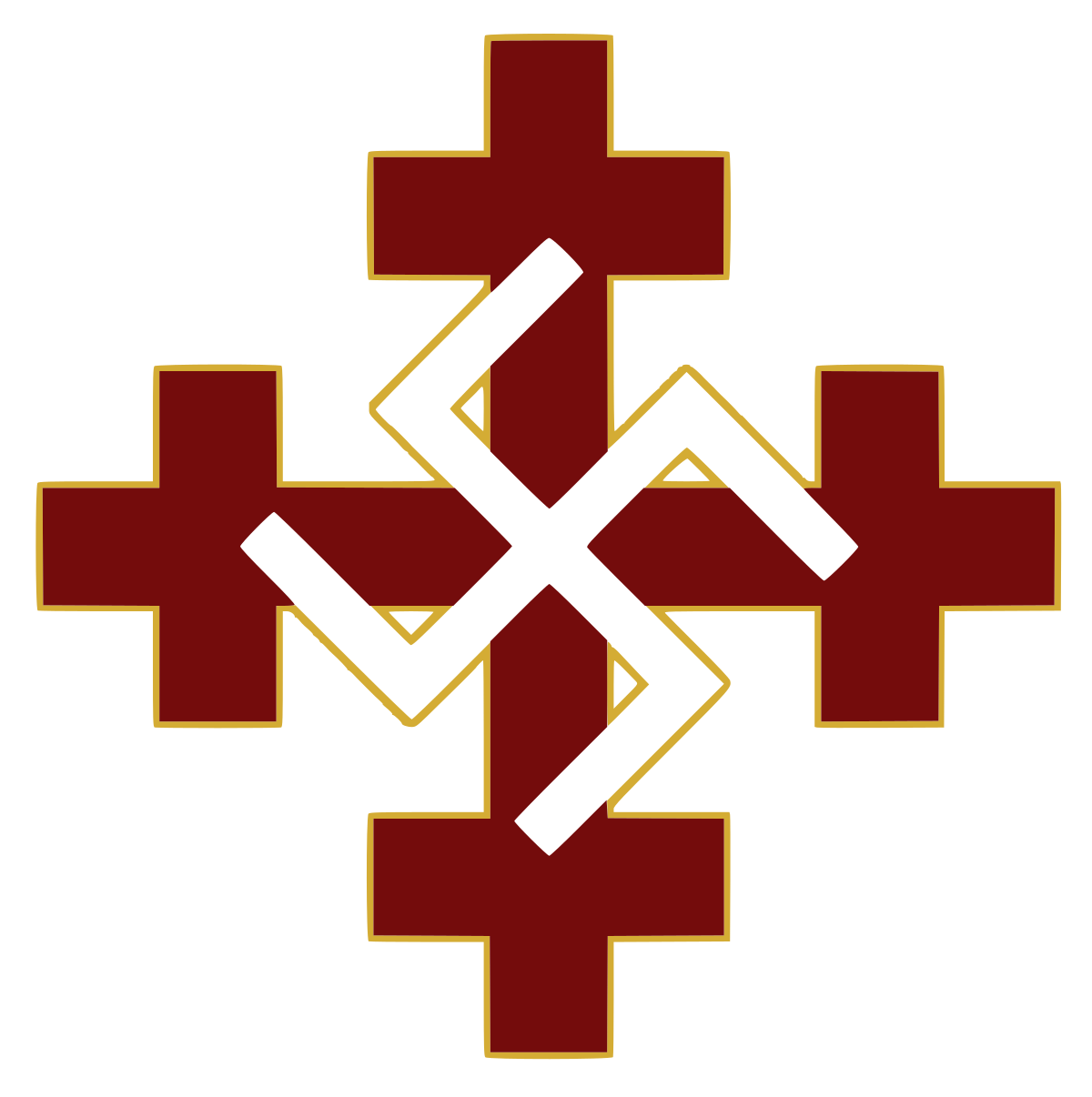 en.wikipedia.org
The ideology behind seems a color variant of the black one

flitzerpilot said:
types I've flown with the 23012 stall quite innocuously.
Click to expand...

FP, my comment was tongue-in-cheek. Many people here have read Harry Riblett’s rantings and seem to believe that the NACA 23012 is a killer. I have defended it here for years.

Tom DM said:
Thanks for the above interesting technical drawing.

Nice airplane too, incorporating the principles of speed.

en.wikipedia.org
The ideology behind seems a color variant of the black one
Click to expand...

A variety of cultures: Finland, Estonia, Buddists and Sioux used swastikas for hundreds or thousands of years before the symbol was "appropriated" by Adolf Hitler and his merry band of political thugs ... er ... SA, SS and Gestapo.

BJC said:
Many people here have read Harry Riblett’s rantings and seem to believe that the NACA 23012 is a killer. I have defended it here for years.
Click to expand...

Oh sure, all those DC-3 and C-47's and Twin Beeches were just vicious predators waiting to slaughter unsuspecting pilots and passengers. Guess I'm lucky to have lived through four Taylorcrafts... must have used up all of my nine lives without even knowing it. And OMFG... all of the ten thousand innocent homebuilders with their RV's, about to see their families for the very last time! We better call the insurance companies and the funeral homes right away.

The story I heard was that the 23 series had a sharp stall at high wing loadings and this was not a big problem in a light airplane. So that would explain how the RV and the T-craft are docile... but then that doesn't explain how the C-47's and Be-18's managed to fly over gross without becoming killers.

I suppose washout helped, but I never bought into the theory that the 23012 was problematic. There are other foils with reputedly more sudden stalling characteristics.
The DC-3 wing is a masterpiece.
M

Sweden is my neigboring country, usualy Swedes are so sweed and we Finns just something narowly bearable like me. But from Sweden Natzis find their swastika. Herman Göring lived in Sweden after WW1. and was maried with Karen von Rosen and Rosens castle was full of swastika symbols that India explorer count von Rosen had pickt up from India. When H. Göring went back to Germany he took this symbol with him. Same reason Finnish Airforces emblem 1918-45 was blue swastika because first two planes were gifts from von Rosen who had paint that symbol on the wings. Now what about the Stars and the Sun and the Moon. I have a H. Ribletts bookled and I stopt building one plane Spectrum Beawer 550 because someone had desing modification to use 23012 airfoil. And some said it is not working properly on speeds that Beaver 550 is able.
You must log in or register to reply here.
Share:
Facebook Twitter Reddit Pinterest Tumblr WhatsApp Email Share Link