PMD said:
There was a time in my idealistic youth when I believed that to be mostly true. But, after decades working with and around governments, I have come to learn that we in the Western world have the mechanisms in place to be genuinely democratic, but in fact we have slowly eroded that to a place where we now haver "rule by special interest". Problem is: we live in a time where there is so much prosperity, good or bad government doesn't mean life or death to us, it means the difference between 3 chickens or 4 chickens in the pot. So, we have given up control of the mechanisms of state to special interests. Example: in 1929 we saw the results of the speculative economy taking money out of Main Street to fund Wall Street, so we passed legislation to prevent that kind of special interest getting their hands on the guts of our economy. When '08 came along instead of being punished for their treachery and malfeasance finance - who now literally control government - declared itself "too big to fail" and rewarded themselves by bailing out to the tune of not billions, but TRILLIONS of further plundering of the economy and the public purse.

We consider robber-barons so much status quo that not only do we celebrate them in North America, we watch the most viscious group of them take control of the largest nuclear arsenal and armed force without bothering to even criticize - heck many Western firms, markets and governments GAVE them access, contracts, trade and cash up the ying yang.

Our democracies are broken and need to be handed back to the people, but first the people have to teach themselves how it works and what is actually going on.
Click to expand...

08 would never have happend if Clinton had not changed the laws that protected us for 80 years.

Right you are, back on topic. Here's an 800 cc engine which seems to be working pretty good.

Fred C said:
08 would never have happend if Clinton had not changed the laws that protected us for 80 years.
Click to expand...

Last time I checked, presidents don’t change laws in the U.S. of A., Congress does. Both the House and the Senate were controlled by Republicans during both terms of the Clinton presidency except the first two years of the first term.
Last edited: May 16, 2022

Then there's this little guy. 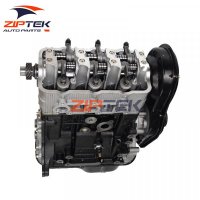 What engine is this?

From Maruti Suzuki 800 made in India Maruti 800 - Wikipedia

Wow, there's a blast from the past.*


* Note: Many will remember HBA poster Tom Parker ("parkert51") strung us along for awhile in 2011 with tales of the engine he was bringing to market, etc. Very believable posts. The engine he showed pictures and stats for was actually a Motavia developed in the 1980s, but never really brought to market. Some folks lost some money, unfortunately, and I don't know if anyone got an engine. Mr Parker was not heard from again. The sad conclusion: (See pg 3)
Anyone seen or heard from Tom Parker recently?
Last edited: May 16, 2022
Y

Brünner said:
I might be opening a can of worms with this but hey, worms are always good for fishing.

Part of the problem - if not the problem itself, is that nowadays pretty much every school must follow the mantra of "nobody shall be left behind" which effectively becomes "everybody will stay behind".
It seems that now schools no longer reward merit, which is probably one of the most important concepts kids should learn right from the start. When I went to school the kids that pushed themselves always got better grades and were taken as example by teachers to push others as well, but now instead it seems you can't do that anymore otherwise the other kids will feel "discriminated". And if a kid doesn't get rewarded for his efforts, why should he push himself? So now instead of having some bright students and some laggards we have classes where everyone gets almost the same grade and that's about it.
So, money might be part of the problem but it's also how you spend that money that can make a difference.

Please note that I am referring about European schools, I have no experience regarding American ones.
Click to expand...

100 percent agree. Ole Dubya had to leave his legacy and the result is watered down classes.
P

cluttonfred said:
Last time I checked, presidents don’t change laws in the U.S. of A., Congress does. Both the House and the Senate were controlled by Republicans during both terms of the Clinton presidency except the first two years of the first term.
Click to expand...

The Uniparty cares less about what side of the House or Senate they sit. What if first essential to realize is that the seat of control of financial policy has been held by people from the SAME WALL STREET FIRM regardless of WHICH "side" of the Uniparty is in power in White House, Senate or Congress. The issue of Glass-Steagall was simply the last piece of post 1929 legislation that attempted to hold Wall Street in check - and served as the green light to do ANYTHING they chose without any bother of oversight being applied or limits being reachable. Instead of being punished by failure for its treachery, it has been replaced by the doctrine of "Too Big To Fail". Klinton was but a pawn in the game - played in that case by Robert Rubin (also ex-you-know-were). It is our collective ignorance of the difference between "Casino Capitalism" (i.e. the strictly speculative business that is 99% of what finance does) vs. the diminished role of actually funding business (i.e. capitalism) that actually creates wealth vs. what merely re-distributes it. Evidence in our part of the world is clear: in 2008 Genav collapsed, but by 2009 billings were back to near normal - just that everything being sol was either a jet or turboprop while piston engined airplanes nearly completely disappeared.

" all the ancient advanced "

So the Motavia would be ancient, and the Maruti is advanced?

You goomers need to start your own thread debating political history...oh that's right, politics is frowned upon here: go start your own website then; I’m here to learn about those wee 800cc engines!

Shipping weight on a Bare Caste Iron Block,
including plywood crate 36.6Kgs (80lbs) I'm
Sorry there is not much flight report worthy,
in my language.

WonderousMountain said:
Shipping weight on a Bare Caste Iron Block,
including plywood crate 36.6Kgs (80lbs) I'm
Sorry there is not much flight report worthy,
in my language.
Click to expand...